Gadgets are everywhere and they’re growing in number. Whether at home, in the office or out on the streets, people of all ages are bringing them and using them whenever they want to.

The business professionals are no exception. Most, if not all, of them value their gadgets regardless of the type they own. For them, these portable devices allow them to check their emails, do important tasks and connect with their staff, colleagues and business partners while on the go. END_OF_DOCUMENT_TOKEN_TO_BE_REPLACED 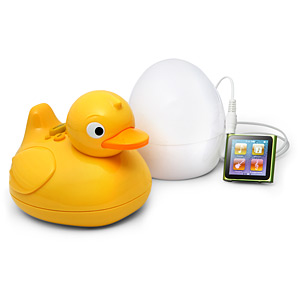 Bath times with your kids is that weird mixture of fun and misery. It’s so cute to watch your kid playing with his bath, it’s one of those images that you will cherish long after they have left the roost and make lives for themselves. It’s also a great bonding moment between a child and his parent. But picture perfect bath times are, in reality, quite rare. The more common scenario is your kid screaming his head off, or whining about baths, or doing both at the same time – yes, they can whine and cry at once if they want to. END_OF_DOCUMENT_TOKEN_TO_BE_REPLACED

Networked media tanks (NMT) are becoming an integral part of any home theater setup. This has been brought about by the rising popularity of high definition media files – the quality of which is already perfect even for those who have demanding home theaters. END_OF_DOCUMENT_TOKEN_TO_BE_REPLACED

Some call them mobile phones others cellular phones or cell phones for short(geez.. four letters???!!!??), whatever you’d want to call them they’re the best solution to our never ending need for communicating along with the lust for gizmos and gadgets. Analog phones started as mere telephones without wires that worked on closed networks with batteries as large as a suitcase. When it went digital, the magic began when Nokia unknowingly included a free service programmed within their phones called SMS or texting to some. People, the ever curious creatures we are, discovered this and went on texting sprees that topped calls these technological wonders were supposed to do.

Today, you can even get video or browse the net on the next generation smart phones that allows you to bring all the applications you used to use on your laptop or desktop, digital music player, PDA and digital still/video camera and all in one neat package that fits in the palm of your hand. Answering the call for A wonder of materials research and microelectronics that surpasses your laptop and most other digital devices they now allow us to play podcasts, video, music, text/SMS, blog, Twitter and many other denizens of the social internet making for one neat gadget indeed that puts you within reach all the time. 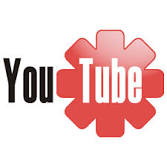 Sometimes you love a track so much but just can’t find it anywhere on the Internet – yet of course, YouTube has a video with it. And it seems that you can’t do anything to get your hands on that song – but the truth is, you can. You just need the proper knowledge!

It’s actually a multi-step process that you need to go through, but it’s fairly simple and you should be able to learn to do it quickly and start downloading your favorite songs. First you’ll have to use a program to download videos from YouTube and similar sites – after you’ve got the file of the video you’re after, this is where the other tool comes in play.

You’ll have to get another program with the ability to convert videos to MP3 files, so that you can extract the song from the file you downloaded earlier and enjoy it on your MP3 player wherever you go – or simply listen to it on your computer. Make sure you’re careful with the settings of the second program, as sometimes the extracted file can sound bad if you didn’t pick the right settings initially. It may take a few cases of trial and error, but you should be able to get the knack of it soon enough!

And in the end, you’ll find out how enjoyable it is to have instant access to all the music you need straight from YouTube, just with a few clicks of the mouse! The Siesta Flow, retailing at around £100, is PURE’s most affordable Internet-connected radio, and has features which make it an ideal bedside alarm.

Bored by the same old alarm call every morning? The Siesta Flow has 365 different alarm tones, all downloaded from the PURE Lounge. Of course, there’s all the types of radio you’re likely to want built in as well: DAB, FM and Internet radio.

END_OF_DOCUMENT_TOKEN_TO_BE_REPLACED Before anything else, I’d like to bring up the fact that I am a big Beatles fan, and September 9, 2009, is one of the most highly-anticipated dates of my fanboy life. You see, 09/09/09 is when they will newly-remastered complete Beatles catalog. And for us fanboys who have put up with the tinny-sounding official releases or have scrounched file-sharing networks for vinyl rips of their songs, this is going to be a big relief for us. No more backyard remastering! Yay!

Also, to be released on 09/09/09 is The Beatles Rock Band. I don’t think I need more words to blow your mind with how awesome that is.

Moving on. This is the part where I’m going for full speculation, and please indulge me, people.

We all know that Apple will be unveiling a new iPod line, right? I mean, we’re waiting for the nanos with still cameras and the iPod touches with video capture capabilities. Yes, I’m just as excited as you are.

But guess when they’ll be holding the new media event where new iPods are expected to come out.

Apple declined to say what products would be featured at the Sept. 9 event, which was announced in an invitation emailed to members of the media.

The invitation featured an iPod and the tagline: “It’s only rock and roll, but we like it,” a reference to a Rolling Stones song.

What do you think guys? It would be sweet if 09/09/09 would be finally the day we get to see the entire Beatles catalog on the iTunes store. Now that Apple Corps and Apple Computers have already settled their trademark squabble ages ago, us Apple and Beatles nerds can only hope for the best. 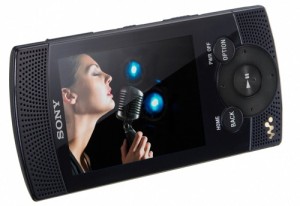 END_OF_DOCUMENT_TOKEN_TO_BE_REPLACED

Sure, the Microsoft pulls a fast one on us, and made us actually WANT a Zune (I’m so sorry for all the “Zune owners? They exist?” jokes I made; I know this is retribution), but what we saw the last time are just pretty (oh so pretty) pictures.

Now Brian Seitz from the Zune Team made this 6 minute long video where he demonstrates the UI in detail, shows us how the browser works, demos the keyboard, and of course, he plays music – via HD Radio.