To the majority of the population, taking care of the previous year’s taxes is someone else’s job. Most people don’t thoroughly understand the ins and outs of tax laws, deductions, and credits. It’s all a big mess of mumbo jumbo to the laymen. There are plenty of software programs out there to assist you in filing your own taxes each year, but you’ve got to know what you can and can’t claim. If you’re not sure about what gadgets and electronics count as a tax deduction, then we’re here to help. Here is a quick summary of the top gadgets you can claim as deductions on your taxes. END_OF_DOCUMENT_TOKEN_TO_BE_REPLACED 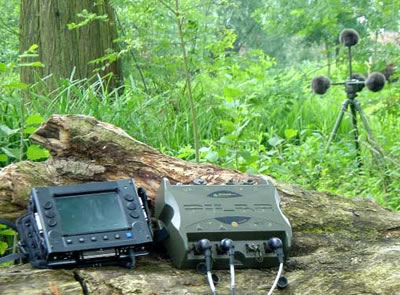 The Nassau County Police in New York have a cool new gunshot detection system. The name pretty much explains the purpose of the device. It’s a sensor specially made to detect the sound of a gunshot. Each type of gun has a different sound when shot, and this device knows that. Police use it in high crime neighborhoods where people aren’t usually willing to work with the police to catch offenders. The sensor will pick up the sound of the gunshot, and pinpoint where exactly it originated. This provides police with valuable information to begin their investigation. END_OF_DOCUMENT_TOKEN_TO_BE_REPLACED

Nothing can stop you in your tracks like a headache. Whether you suffer from tension, cluster or stress headaches, or even migraines, the best way to treat a headache is to avoid it in the first place. Once your headache has started, it may be difficult to stop. You have many options, from pharmaceuticals to resting in a dark room.

Now there are gadgets that can help with headaches. Some will help relieve the pain, and others will help you prevent it. One gadget even does both. One difficulty that headache sufferers face is that there are different types of headaches. And, each of those headaches has a different treatment that is most effective. Add to that the fact that each headache sufferer is an individual and will react to treatments differently. 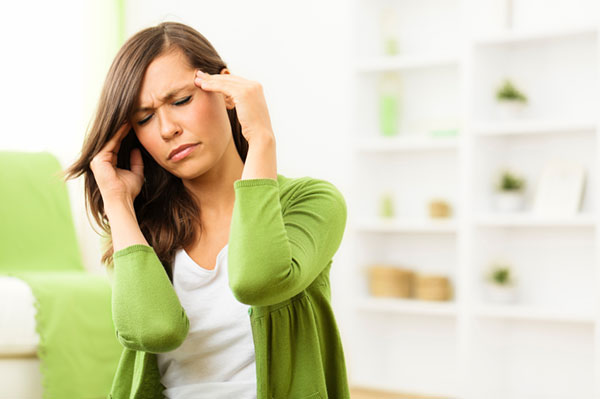 One online blogger suggests the WunderClip as an all natural, drug-free headache reliever. She writes that the premise behind it is actually acupressure. “The webby flesh between the thumb and index finger is the LI4 meridian (LI = large-intestine) and when squeezed, can relieve many types of headaches, particularly tension headaches and those stemming from tight neck muscles.” END_OF_DOCUMENT_TOKEN_TO_BE_REPLACED 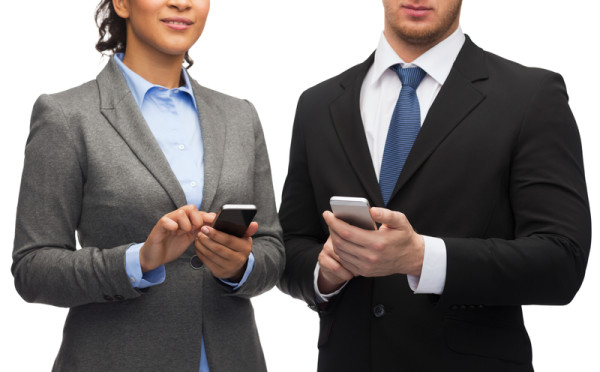 After getting into an accident, some individuals might hesitate to contact a local lawyer due to fear of legal expenses. In today’s digital age, it’s possible for victims who have suffered personal injuries to immediately contact an attorney via email. A reliable legal practice should have a professional website that allows potential clients to submit a contact form in order to receive a prompt response for absolutely free. According to Gilbert & Bourke, LLP, people who get any sort of injuries due to someone’s neglect or deliberate actions can officially file a lawsuit against those responsible. Attorneys who receive email inquiries often contact clients by making a phone call or sending a text message in order to schedule some preliminary meetings that don’t cost anything.

In today’s high-tech age, digital gadgets such as smartphones and tablets are often used to present important evidence in courtrooms. In an attempt to corroborate a story or build an alibi for clients, criminal defense lawyers often rely on GPS technology that’s integrated into the latest mobile phones. Location-based applications essentially provide accurate tracking of a person throughout a given time span. A web browser’s history can also reveal a tremendous amount of information about the whereabouts of a mobile phone user. For example, online maps that are powered by search engines contain listings of local businesses that were generated based on the mobile phone’s physical location. In the modern legal field, a smartphone becomes a vital piece of evidence that’s presented in criminal cases. When defending clients who are accused of felonies, lawyers also contact wireless service providers that can provide detailed call logs and text messages. END_OF_DOCUMENT_TOKEN_TO_BE_REPLACED

For most people, search engine optimization (SEO) is a “game” with no clear winner in sight. If you’re a startup trying to take on a big boy like eBay, you’re probably never going to have the power to come in first with the most competitive keywords. Instead, you’re relegated to more niche key phrases and might even be tempted by black hat tricks (don’t do it). In the world of SEO, is it even possible for smaller companies to get top ranking?

Yes, but only if you follow the rules and are 100 percent dedicated to your SEO strategy. Granted, Google is notoriously secretive about their algorithm. However, Google employees like Matt Cutts, Head of Webspam, is very generous when it comes to blogging about tips and white hat tricks for SEO followers. END_OF_DOCUMENT_TOKEN_TO_BE_REPLACED 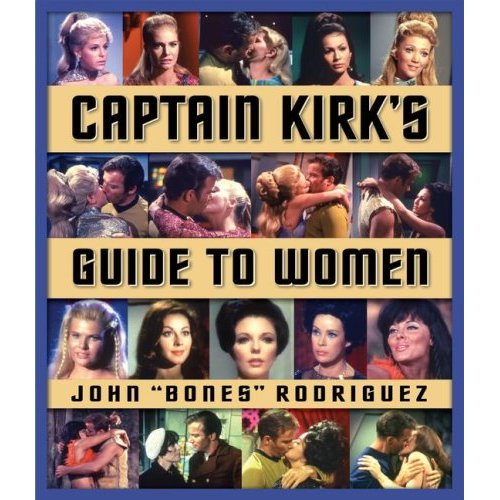 I know this is not Xbox 360 related, but it really shows off the culture of gaming and how many badly translated games there used to be. I wonder if in this generation of gaming you’d see more than one or two games with such glaring errors.

A cool list from Racketboy.com which talks about ‘Classic Franchises That Actually NEED a Resurrection’…

I would love to see a new Battletoads, Killer Instinct, Starcraft and System Shock game. Those alone would make me break out my wallet, and at $50 a piece, that is $200 right there.

Engadget comes back with their second part to making an iPod dock where the Xbox 360 hard drive used to go.

There are many ways this project could be modified. We took an approach that would let us return the box almost to stock condition if needed, but a more permanent mod could be soldering the hard drive connection on the inside of the case instead of using the external connector. With the outside connector gone you could route the dock’s USB cable inside the case. We still need to cut down our three foot dock cable since it only has to be three inches long to reach the port on the back of the box.

Oh man, I love this article on Engadget. Got me snickering as pranksters bring their desktop computers to Starbucks to mooch WiFi.
We all know that we usually get the limelight if we bring out our laptops, but this is so funny and plus its great publicity for Starbucks. And the funny thing about is they’re using Windows 95, yeah hello nostalgia. 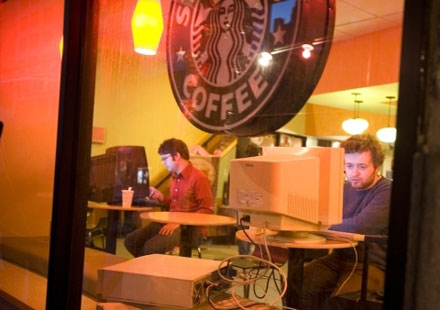 We’ve already seen the confusion and hilarity some so-called “portable” computers can cause when taken out into public, but those shenanigans are nothing compared to the scene stirred up when the folks from Improv Everywhere lugged some ancient desktop computers (replete with CRT monitors) into a Starbucks.