After 1 month of hard working and many coffees, we succeed building this showcase of 30+ web tools and services. Below you will find free and premium, website builders, WordPress themes and plugins, invoicing software, dedicated tools for freelancers, and much more. All these solutions were handpicked after lots of tests, research, and discussions with some of the best web designers and developers in the world.

END_OF_DOCUMENT_TOKEN_TO_BE_REPLACED

Technology has hit a high which has never been experienced before, and now is the perfect time to utilize the gifts given by the advancements for business.  The internet provides a more than capable platform from which to launch your new small business.

Entrepreneurs be aware.  Starting an online business isn’t as difficult as you may think.  Here are a few helpful tips to get you on your way to fulfilling those longtime dreams and business aspirations.

END_OF_DOCUMENT_TOKEN_TO_BE_REPLACED

Technology plays a big part in today’s advertising campaigns. And one of the primary goals of putting yourself out there regarding marketing is to adopt a specific conversion goal. If 100 people visit your site, you can have a goal of three of them clicking a link for example, or one of them submitting an email address to get updates.

And many different technologies will boost that conversion potential. If you think about the latest iterations of great web design, advanced SEO prowess, video capability (especially regarding streaming), and GPS customization, you’ll see that there are a significant number of resources that you can tweak to help reach your financial goal. END_OF_DOCUMENT_TOKEN_TO_BE_REPLACED

For most people, search engine optimization (SEO) is a “game” with no clear winner in sight. If you’re a startup trying to take on a big boy like eBay, you’re probably never going to have the power to come in first with the most competitive keywords. Instead, you’re relegated to more niche key phrases and might even be tempted by black hat tricks (don’t do it). In the world of SEO, is it even possible for smaller companies to get top ranking?

Yes, but only if you follow the rules and are 100 percent dedicated to your SEO strategy. Granted, Google is notoriously secretive about their algorithm. However, Google employees like Matt Cutts, Head of Webspam, is very generous when it comes to blogging about tips and white hat tricks for SEO followers. END_OF_DOCUMENT_TOKEN_TO_BE_REPLACED

The internet commerce industry is growing in all areas, and wine retailers are no exception. Small, local wineries often provide an online store that makes their wines available throughout the world, which can be critical to their success as they may not have a wide distribution stream. However, there are some important factors to remember before you purchase that chardonnay you tasted on a wine tour through the mountains or the delicious burgundy your brother offered you while visiting for a family function. END_OF_DOCUMENT_TOKEN_TO_BE_REPLACED

How does your website look on Android and iOS devices? Do all your navigation features work on PC-based browsers? Will your media play on Apple devices?

Your users shouldn’t have to answer these questions for you. The best way to get a handle on your user experience is to test web pages through cross-browser compatibility tools.

These four utilities can simulate dozens of different browser environments, so you can ensure that your audiences get the best experience possible, before your website goes live. 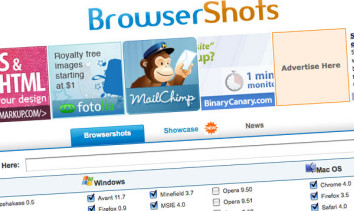 Do you want to see how any website looks across an enormous array of current and obsolete browsers? This web app enables you to view image screenshots of any URL through the lens of dozens of browsers for Linux, Windows, or Mac.

You can travel back in time, and see what it’s like to experience your website on a computer that hasn’t been updated in years. Or check off browsers that are only currently relevant, so you know how your website looks on present technology. END_OF_DOCUMENT_TOKEN_TO_BE_REPLACED 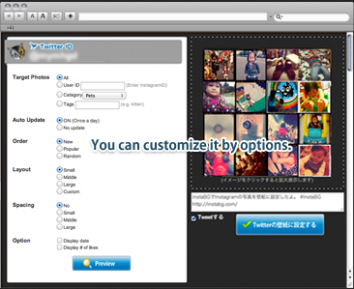 Various mobile devices are the perfect vehicle for social media apps. You can put your social media app of choice on your mobile phone or tablet and coupled with a mobile broadband plan you can already make updates wherever you are. It may be an easy way to use social media sites like Twitter but there are still many users who prefer to access Twitter using their mobile browsers. If you are one of those people who prefer the latter then you should consider using InstaBG. END_OF_DOCUMENT_TOKEN_TO_BE_REPLACED 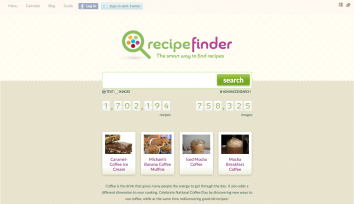 Have you turned the TV on lately? If you are a regular TV viewer, then you are probably have seen the plethora of cooking shows and celebrity chef-focused shows. Whether you like it or not – and there is nothing wrong in liking it! – this trend is here, and it is also shaping the way we live to a certain degree. The good thing is that we pay more attention to what we do in the kitchen and somehow, cooking becomes even more enjoyable!

Playing in the kitchen, as I like to call it, does not require much effort most of the time. However, it does help to have certain tools at our disposal. That’s where recipe portals and web sites come into the picture. And speaking of recipe web sites, there is a new player in the game which holds a lot of promise: Recipe Finder. END_OF_DOCUMENT_TOKEN_TO_BE_REPLACED

Have you ripped paper and just laughed your pants off?  Sure (!) maybe after the 10th glass but really, sober and all, have you tried ripping one and just laughed a hoot (in a not so creepy way)!

March 21, YouTube announced the second annual iteration of its YouTube video awards and yes, under the “Adorable” category, a baby won the coveted bragging rights prize (which included a trophy and an invite to the YouTube awards night).  Posted by YouTube user gsager1234, “Laughing Baby” garnered 25.1%  of votes from out of 12 vying for the prize.

Check it out right here… and laugh away with this Laughing Baby.  It’ll cheer you up I’m sure.

The YouTube Awards is a yearly event showcasing the top 12 videos (based on votes) from each of the 12 categories as follows:  Adorable, Commentary, Comedy, Creative, Eye witness, Inspirational, Instructional, Music, Politics, Series, Short Film & Sports.

Checking out the Comedy category, click on David Blaine’s street magic bit. Hilariuos (posted by ThoseLilRabbits).  Though I seem to be missing Happy Slip, somehow I didn’t see her as part of the nominees even.  Does anyone know what rank Happy Slip is in?  This is sad.

Oh one more video to check out is in the “Series” category.  It’s a clip called “The Guild”.  This has gotten a lot of podshow time, the last I saw the guild actors was from a clip of Mahalo Daily at the PC Gamers Convention.  Ignored it once thinking it was too geeky for me, but was very curious to check out episode 1 and got hooked.  I mean imagine the line:

“Well it’s two weeks already and I don’t have a job yet … yey!  My therapist said it would be ok, but finally he broke up with me….”

Please check out The Guild and view episode 1… laugh with me.

From January the 20th new laws will come into effect after the South Australian government voted to put new censorship laws on the net. This will mainly affect entertainment companies who sell content but may affect content already on the world wide web.

Essentially, content providers will have to check the age of a user where necessary, i.e. whether a person is above 15 or 18, depending on the material being viewed. The Australian Communications and Media Authority will be able to force providers to remove content as well as links being deleted.

The restrictions apply to chatrooms, websites and mobile phone content. It has been stated that there will be an ‘opt out’ option for the restrictions, how this will be implemented however remains to be seen.

As part of a wider discourse on the web and how it should be used, I’m all for protecting children. However, surely the best form of protection would be to have an adult viewing material with their child? Chatrooms in particular are demonised on the internet – due to the fear of ‘predators’ lurking behind pseudonyms and fake i.d’s.

I’m all for protecting children as I said, however there are smarter ways to do it than putting a blanket like this over the internet. It also makes me concerned that more and more countries around the world are putting in place some kind of restriction on what we should view and read, and how we should interact with this information.

Reporters Without Borders is a group that hilights the ways in which the freedom of the press can be limited. This certainly applies to the internet, one of, historically, the most free arenas on Earth to state your beliefs.

The web is a genuinely amazing place. It has changed the way we communicate with one another whether it is through blogs, social networks, chat forums or even online phone calls like Skype. Nonetheless, governments haven’t been slow to see the trend, and many have already decided to use it to their own ends.

One example from Iran is the case of Mojtaba Saminejad, imprisoned since February 2005 for making available online material that is offensive to Islam. Of course, Iran being a Muslim state, one could argue that extra care is needed when being a digital (or other) author. But it begs the question of how are the government can go?

China however is the nation that continues to come under fire for particularly harsh regulations and restrictions on the internet. Originally, China was merely using a range of technologically high-tech means to monitor citizens (and in particular political dissidence) on the internet. However, this has recently changed.

More than 130 Chinese citizens have access to the internet, but rumour has it that more than 62 people (and some say this is an extremely conservative estimate) have been jailed for their views online. Unfortunately, Zimbabwe (not known for freedom of speech, press and human rights) is not in the due process required to purchase monitoring/censoring equipment from China.

A number of other nations are now at work to develop technology that bars pornography, political dissidence, web email systems, religious criticism and more. Ironically, the West even came in for criticism for shipping material that could be used to control citizens of other nations.

I truly believe in freedom of choice and expression and so I really do feel that this is a worrying trend – but it is one that is set to continue apace around the world.