If you are looking for a good handheld game that is not going to turn your children’s brains to mush but will actually exercise it – and even yours too if you do play with it, then the iball3 is a game you should definitely consider. END_OF_DOCUMENT_TOKEN_TO_BE_REPLACED

There are two gameplay modes and two ways of controlling Hect0r.
In “Classic” mode your robot and colored blocks are “safe” — in other words, they can’t fall off the edge of the grid. In “Arcade” mode it’s possible for objects to fall off the grid. Hect0r can be controlled via four on-screen arrows (up and down on the left-hand side of the screen, and left and right in the bottom right-hand corner) or by swiping a finger in the direction you wish him to travel.

The graphics are pretty good and are perfectly acceptable for the gameplay. Granted, they’re not the most spectacular ever, but they clearly show all the vital components (ro-bot, blocks, hazards, grid, teleport). There’s a definite 8-bit / retro feel to the whole thing.
The audio, too, is pretty decent, with some interesting original music to keep you enter-tained through the levels. 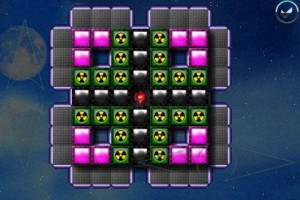 For $1.99 (and currently half price at 99c) it won’t break the bank to purchase ColorBuster, and you’ll certainly get plenty of gameplay from it. Don’t be fooled that the first few levels are quite easy, as the challenge soon ramps up.

lose/lose from zach gage on Vimeo.

Are you bored with your Wii, Xbox 360 or your PS3, and you want your video games to up the ante a bit? Why not try Zach Gage’s Lose/Lose?

You see, Lose/Lose is a game that plays like a traditional space shooter, but with a twist.

Lose/Lose is a video-game with real life consequences. Each alien in the game is created based on a random file on the players computer. If the player kills the alien, the file it is based on is deleted. If the players ship is destroyed, the application itself is deleted.

Although touching aliens will cause the player to lose the game, and killing aliens awards points, the aliens will never actually fire at the player. This calls into question the player’s mission, which is never explicitly stated, only hinted at through classic game mechanics. Is the player supposed to be an aggressor? Or merely an observer, traversing through a dangerous land?

Why do we assume that because we are given a weapon an awarded for using it, that doing so is right?

I’m seriously scared to run the game. But if any of you are willing to actually tempt fate and give it a try, let me know how it goes down! 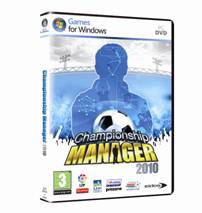 Championship Manager 2010 for PC launches today, and can be purchased online for as little as one British penny (plus a handling fee of £2.50).

END_OF_DOCUMENT_TOKEN_TO_BE_REPLACED 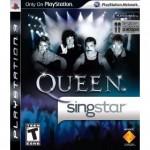