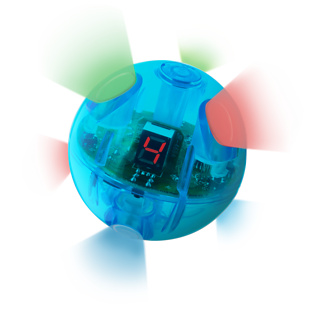 If you are looking for a good handheld game that is not going to turn your children’s brains to mush but will actually exercise it – and even yours too if you do play with it, then the iball3 is a game you should definitely consider.

Kids nowadays are so immersed with video games. If they’re not playing video games with their consoles at home, they are doing it outside with their handheld gaming devices. Most of these video games are indeed entertaining but there’s really no takeaway for those who play it.

If you are looking for a handheld game that can actually have benefits for your children get a toy like the iball3. The iball3 is a handheld puzzle game that is shaped like a small ball. It may look like a simple gadget but you will be surprised at how engrossing this game is and how it will challenge your mind and give it much needed exercise, so to speak.

The iball3 has six buttons that light up with different colors – red, blue and green. When you press the button will change the color of the button but the changes are not systematic or have a pattern. This is where the challenge lies. The object of the game is to determine which buttons to press in sequence so that all of the buttons turn to the same color. It’s going to challenge you a lot, frustrate you endlessly and pull you in with its simple but addictive gameplay.

Once you have figured it out and solved it and if you beat the record set in your ball, you will be a given a code. Enter it online and you will see how you fare against other players’ times. So you’re not just playing against your best time but also against the best times of other players all over the world.