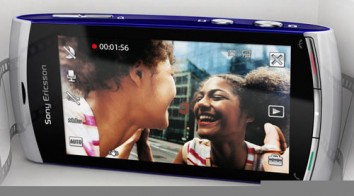 Okay, so everyone’s really crazy over the latest Android or Windows Mobile phone – um, maybe not Windows Mobile, but you get the general idea. The internet also split in half last week over Apple’s latest gadget, the iPad. Which is being criticized to be an oversized iPod touch. Of course, it goes without saying that people are pretty much excited over the 4th-generation iPhone, along with the iPhone OS 4.0. And everyone’s really excited to see where Nokia is taking Maemo.

So, no Symbian love, huh? I know, that mobile operating system is old and pretty much bloated. It’s on its way out, but I’m sure there can be a few phones who’ll be able to run the endangered OS and still come out amazing, right?

Enter the Sony Ericsson Vivaz. The Vivaz is running Symbian S60 5th Edition (meaning it’s got a touchscreen, you guys), and hardware-wise, I don’t see any geek worth his salt not salivating over this baby: 8.1 megapixel autofocus cam with image stabilization, face detection, and 720p video capture, FM radio, AGPS, WiFi, TV-out at VGA resolution, and a 3.2-inch WVGA (or 640 x 360) display.

Whew. Those are pretty solid specs. I don’t know if the Symbian OS is going to work for or against the enjoyment of the phone, but the hardware specs are going to more than make up for the OS if it turns out bad. But then, Sony Ericsson has a history of turning out really great UIs for their phones, so I don’t think we have to get worried here.

I’d like to hear your opinions on the Vivaz, guys. Or if you have more tips, you can just leave them in the comments.