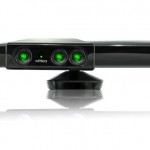 No one can deny that Microsoft’s Kinect is one revolutionary piece of kit. It wowed audiences when it was first revealed to the public and the admiration has turned into great sales for Microsoft and for the Xbox 360. The Kinect allows for a new level of control for video games – one that does not require you to hold any sort of controller. The Kinect camera “sees” you in three dimensional space and depending on the game translates what you do to movements within the game or application. END_OF_DOCUMENT_TOKEN_TO_BE_REPLACED

END_OF_DOCUMENT_TOKEN_TO_BE_REPLACED

Ahead of their E3 related announcements on Monday morning, Microsoft have made some announcements regarding the state of play for the Xbox 360. First up, there’s a discount of the 20Gb version by $50 (no discount on the Arcade or Elite though). Next up is that the 20Gb is effectively being replaced by a 60Gb console, which will be available from August. This will cost around $350.

Below is the official Microsoft press release:

Redmond, Washington—Microsoft is giving consumers more gigabytes for their buck. The company today announced an Xbox 360® console with triple the storage space of the original console, but for the same price of $349 (U.S.) estimated retail price.
Available in retail stores in the U.S. and Canada starting in early August, the upgraded Xbox 360 will include a 60GB hard drive for storing the growing wealth of digital entertainment available for the console, including music, movies, television shows, and game content. In addition, Microsoft today dropped the price of its 20GB Xbox 360 console in the U.S. and Canada to just $299 (U.S.) (ERP) while supplies last, a savings of $50.

“We know consumers need more and more space to store the amazing digital content Xbox 360 offers, and we’re giving it to them at no extra charge,” said Albert Penello, Xbox director of product management at Microsoft. “No one device offers the depth and breadth of entertainment that Xbox 360 can deliver, and now you’ll have three times the storage to manage all that great content.”