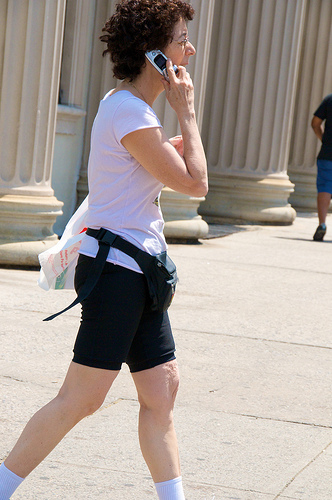 Way back then, the issue of increased cancer risk was already being brought up. There were studies – supposedly – being conducted. Then some years later, most every health organization in the world took the stand that the studies were inconclusive and that it was safe for the general public to continue living their lives connected to their mobile phones.

As things would have it, the tides have changed yet again. An agency under the World Health Organization has released the findings of a study on the effects of prolonged cellphone use on humans. ((LA Times)) The findings point to the possibility of increasing the chance of forming two kinds of tumors. The good news is that one is not cancerous. Called acoustic neuroma, this noncancerous tumor forms in the nerve that goes from the ear to the brain.

The bad news – aside from the fact that you have been excessively using that mobile phone in the past years thinking that you were totally safe – is that the other tumor is cancerous. This other possibility is called glioma, a specific kind of brain cancer.

The frustrating – but expected – thing is that WHO says that the study does not have definitive findings and that further tracking is necessary. The organization does, however, state that the risk for these health problems roughly doubles after 10 years (a decade) of cellphone use. So I have been using a cellphone for more than 10 years – shall I go have a CT scan or MRI now?

Seriously, though, many other researchers and scientists do not agree with WHO at this point. They belong to the school of thought that upholds studies showing that there is no link between brain cancer and mobile phone usage.

As for us mere gadget lovers/users, we can only sit back and read about what the researchers come up with. One question that I would like to pose is this: WHO being a respected body, how are you going to take their advisory about cellphone use? Will this piece of news (rather stale, I think) affect how you use your mobile phone?