Diving has become one of the most popular pastimes here in the Philippines, and you hear of people picking up the activity left and right.  It is the perfect place to go diving, with the entire country surrounded by water on every front.  Diving locations abound practically anywhere in the archipelago, although diving resorts in Puerto Galera, Mindoro Oriental are the most convenient spots for a weekend trip.

Now scuba diving may mean spending your time underwater in awe of nature, but that doesn’t necessarily mean you have to go rustic and forget your love for gadgets. Truth is that you will find lots of cool gadgets you can take with you whenever you dive. While you’ll still end up looking like a manatee with your wet suit on, donning these gadgets will surely make you the envy of other scuba enthusiasts. 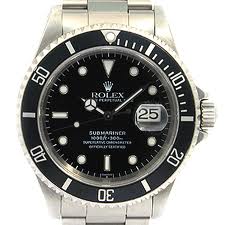 The ultimate in luxury dive watches is still perhaps Rolex’s Submariner line. Since the first Submariner was released in the fifties, this line of dive watches has retained its reputation for being the best of the best and was in fact even used by James Bond! Rolex Submariner watches are guaranteed to be water resistant up to as much as 1000 feet (for some models), making them perfect for professional deep divers. The only downside to getting a Submariner is the cost, since the price range of even used Submariner watches can be too steep for most people. Get ready to shell out several thousand dollars if you want one. 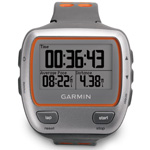 A good alternative to the Rolex Submariner is Garmin’s Forerunner 310XT. The reason why we like this watch is that it is perfect for those who like to train, or simply live a very active lifestyle. Whether you are a runner, cyclist, swimmer, or even scuba diver, you will surely like this GPS-enabled training device. Note though that the Forerunner 310XT is not really a dive watch but is water-resistant only up to 50 meters. Obviously, you can’t do any technical deep diving with the Forerunner 310XT, but if you are certified for basic open water diving anyway, then that shouldn’t be an issue. And with a price tag of only $349.99, this touchscreen watch is definitely more affordable than a Rolex. 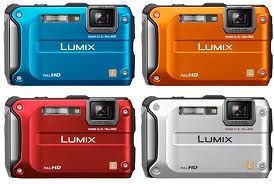 Panasonic recently launched a new range of cameras in their Lumix line. The Lumix DMC FT3, dubbed as their “Stylish Tough” camera, is specially designed for outdoor activities, including scuba diving. It is shockproof, freezeproof (up to -10 degrees Celsius), and waterproof, although only up to 12 meters deep. This means that you can’t do any recreational deep diving with this camera. Another upside to this camera is that it allows you to record movies in full HD, making it perfect for capturing your underwater explorations. It also has an onboard compass and GPS and has a 3D shooting mode. Sounds really good? What’s even better is that you can get this cool cam for only $329. 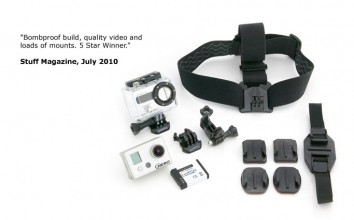 Another camera that has already proven its mettle is GoPro’s HD Helmet HERO. The whole thing comes with a 5-megapixel camera that is able to record videos at professional HD resolutions (1080p/960p/720p), a waterproof quick-release housing (water resistant even up to 60 meters deep!), rechargeable batteries, and various straps and mounts that makes the camera easily wearable. Another really cool feature of the Helmet HERO is the ability to shoot videos in 3D when you hook two of them together using special mounting accessories. However, if you do decide to go with the GoPro Helmet HERO, be prepared for the lack of a viewscreen, which means that you really need to learn to tackle its not too friendly controls to be able to take good pictures. The GoPro HD Helmet HERO sells for $299.99. 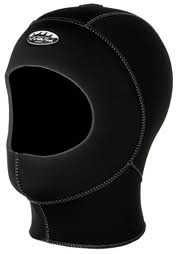 Waterproof’s Hydra hoods feature their unique Hood Air Venting System (HAVS), which allows air bubbles to escape from small holes located at the top of the hood. The system allows you to dive more comfortably since you don’t have to deal with annoying air buildup anymore. Hydra hoods also feature double layer protection in critical heat loss areas to ensure that your head stays warm even in the coldest waters. And with the multi-section anatomic design complementing their venting system, even their 5/10mm hood is more comfy than conventional 3/5 and 5/7mm hoods. 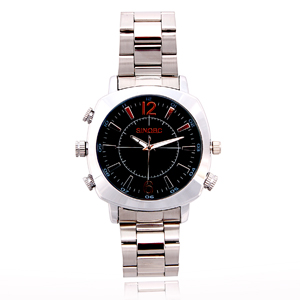 Do you spend your spare time watching spy movies or TV shows? Or maybe you like to read and re-read Ian Fleming’s books. If you are into all things spy – in a good way, not the freaky, creepy way – then here is a gadget that you will definitely want to get your hands on.

The 1080P HD Waterproof Spy Camera Watch has recently been listed at Etronixmart ((Buy here)) and it looks pretty promising. It comes with two options – a steel strap or a leather strap. If the idea of having a watch that can take videos (at 1920 x 1280, no less) is not enough to excite you, then maybe the added factor of this baby being waterproof will help. Off the top of my head, I cannot think of an urgent reason to have a video-taking watch while swimming, but I am sure there is one decent reason out there, waiting to be discovered. There is, of course, the option to use this watch instead of an underwater camera, although it might not be possible as with the limited details presented in the site, it seems to me that the watch has to be connected to a computer to record video. Of course, the watch can be used as a regular watch, showing “real” time.

The 1080p waterproof spy camera watch has an embedded operating system and records video in AVI, while it captures images in JPG. For images, the resolution is 4032 x 3024. For video purposes, the watch also has a built-in mic, ensuring that you will not miss out on the sounds. (Again, I won’t delve into the reasons.)

It may not be the most practical gadget in the market today, but I think that this waterproof spy camera watch will make for a pretty cool gift. It is currently on sale for $52.99, which is the only reason that I would even consider getting one. Otherwise, the regular price is a little too much for something that might not serve me a practical purpose. Then again, it would be a good way to practice one’s spy skills, yes? 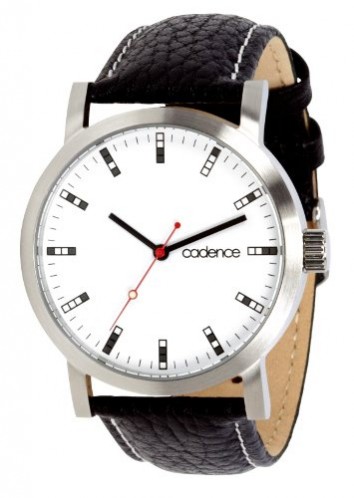 Father’s Day will be here in less than a week – do you have something for the man in your life yet? For the guy who is into watches, that baby up there is the perfect gift! And even if your man isn’t a father yet, I think that anyone who appreciates some binary goodness will not say no to such a watch.

This 4-bit binary watch is made by Cadence, a watch maker based in Philadelphia in the USA. Designed by John Flear, this watch displays numbers using binary (as the name implies) instead of Arabic or Latin numerals. After all, everything is cooler when displayed in binary, right? If you (or your dad) does not know how to read binary, then it is time to learn! Alternatively, you really don’t have to work that hard to figure out what the bits represents as long as you know how to tell the time. 😉

The watch case is made with jewelry grade (316L) stainless steel, while the hands and dial are made from brass. The overall look of the watch is rather classy, making it wearable for practically any occasion. The only thing that might take away from it is the leather wristband, which is not the first choice for some people (yours truly included).

Here’s the sweet thing – if you buy today (or in the next few days, I assume), you can use this coupon code (REDDIT4BIT) to get 25% off! The regular price is $90, and it is currently on sale for $79.98. If you apply the coupon code on top of that, you’ll have even more savings! 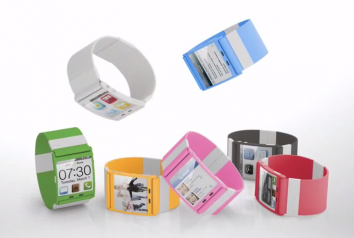