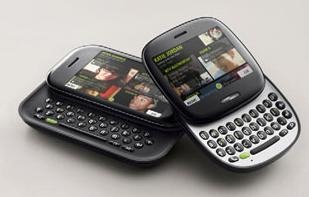 So Microsoft just announced not just one but two new phones. Calling them Kin One and Kin Two (no, seriously), these are Windows Phones designed specifically for people who are actively navigating their social lives. Brought to life through partnerships with Verizon Wireless, Vodafone and Sharp Corporation, KIN is designed to be the ultimate social experience that blends the phone, online services and the PC with breakthrough new experiences called the Loop, Spot and Studio. KIN will be exclusively available from Verizon Wireless in the U.S. beginning in May and from Vodafone this autumn in Germany, Italy, Spain and the United Kingdom.

The thing is, didn’t just Microsoft announce Windows Phone 7? And isn’t everyone like praising Microsoft’s new phone operating system to high heavens? So why is Microsoft going to release another phone that’s social network-centric, but has no app store – or even any ability to create apps at all? And why make one that is competing with Windows Phone 7? It really sounds like a dumb marketing strategy, but when you take a closer look at it, it’s actually brilliant.

Last year, something like 200 million smartphones were sold. Lots. But that’s only one sixth of the total phone market of 1.2 billion phones, as reported by Gartner.

No matter how fast the iPhone market is growing, and how badly Microsoft wants to get back into that business, there’s other action to be had. And if Kin’s cost is kept low—both the handset price and the monthly data fees—then going after Samsung and LG and Nokia, hoping to draw people away from their cheap generic phones, could be easier than fighting Apple and Google (and BlackBerry and Palm). If so, then there’s success to be had, too.

Ah, there we go. The Kin is made for people who would like to be connected with their social networks all the time without worrying about apps to install or anything of that sort. I can see it now: a Windows Phone 7 phone for me and my needs, and probably a Kin for my 16-year old cousin who only wants to tweet and post to Facebook. Sweet.