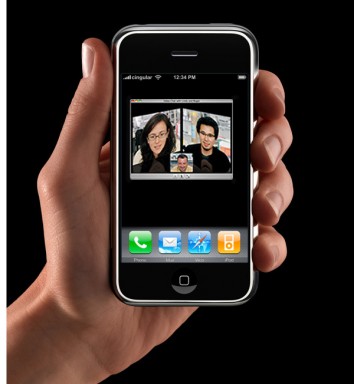 I guess it’s Apple rumor time again, folks. Now the rumor mill is saying that the new iPhone is coming out in the middle of the year (most likely April or May) and that it has a lot of features that are making a lot of Apple fanboys – and some iPhone-indifferent geeks like me – drool.

Let me quote Appleinsider for this one:

Officials at KT, the exclusive provider of the iPhone in South Korea, have allegedly said Apple could debut a new iPhone with an OLED screen, video chat and a removable battery as soon as April.

The Korea Times claimed Tuesday that sources at KT said the new phone would have an organic light-emitting diode (OLED) screen, would feature video chat functionality, and a removable battery is “highly likely.” The report also said the new iPhone would include dual-core processors, more powerful graphics capabilities, and a superior camera.

If video chat, removable batteries and OLED screens aren’t enough, there are also rumors of the new iPhome rocking a new multi-core processor – the new Cortex-A9 processor design from ARM, to be exact. If this is true, the iPhone may even break the 2GHz barrier.

It’s rumored that Google might release a follow-up to the Nexus One around this time. Who knows, right?