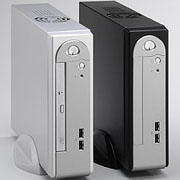 The One Laptop Per Child (OLPC) project has gained much publicity in the recent couple of years because of the ever-elusive quest for that cheap, functional personal computer that can be used by people in the developing world (that’s politically correct for “poor”). And it’s not your usual hand-me-down last-year’s model computers, either. The project’s aim is to develop low-cost, durable computers that will serve the intended purpose.

The result is a plan for the $100 laptop, which will feature a durable body, touch-screen and wind-up recharging. The laptop will also run on flash memory (no hard drives), and can network wirelessly via WiFi or through other similar laptops in range.

The project’s developments have been fruitful, so far, and some countries have received the first batches of the laptop. The OLPC initiative is still not able to produce at the intended $100 per laptop, though. Right now, it’s something in the range of $150 per laptop.

However, something else holds the honor of being able to bring a $100 computer to the consumer market. And that’s the NetTV and NetPC from a copmany in India called Novatium.

If Rajesh Jain is successful, the NetTV, which hooks up to any television, could be the first in a family of devices that connect the next billion people to the Internet. Jain, 39, is cofounder and chairman of Novatium, the Chennai-based company that makes NetTV and NetPC, a similar product that uses a normal computer monitor. Both are based on cheap cell-phone chips and come without the hard-disk drive, extensive memory and prepackaged software thatadd hundreds of dollars to the cost of regular PCs. Instead, they are little more than a keyboard, a screen and a couple of USB ports—and use a central network server to run software applications and store data. Novatium already sells the NetPC for only $100—just within reach of India’s growing middle class—and Jain believes he can soon drive the price down to $70.

The NetTV and NetPC are reminiscent of “thin clients” that are popular in the realm of network computing. This means no applications actually reside locally on the computer, but instead they are on the network server. This negates the need for a hard drive and a large memory. The only system that needs to run on the local machine would be the user interface and the connection to the network.

Novatium and the OLPC initiative both share the vision of bringing cheap computing to the masses. They differ, though, in two big ways. OLPC focuses on local applications, since its intended users are those in very rural areas (with likely no stable Internet connection). NetTV and NetPC, meanwhile are meant for those middle class urban dwellers who cannot afford more expensive computers. They would likely be able to have access to Cable or wireless broadband.

OLPC intends its laptops to be large-scale projects sponsored by beneficiary countries. Novatium, meanwhile, aims to have a viable business model by actually earning money from subscriptions.

Novatium has partnered with Internet service providers, so that its clients can actually use their system as they go online. Subscription fee is a cheap $10 per month. Why do I say it’s cheap? It’s because users no longer have to buy software separately. To put things in perspective, the Windows XP operating system usually costs about $100 for the Home edition and about $300 for the professional one. Office, meanwhile, would cost about $200 to $400, depending on the variant. Not everyone in Novatium’s target market can afford that easily.

Especially with today’s popularity of web-based office applications (like Google Docs and Spreadsheets), this could potentially help topple the dominance of those in the desktop-based productivity application industry, or at least prove to be serious competition to MS Office!