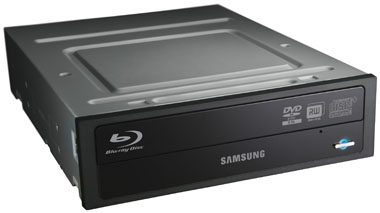 Samsung is out with pre-market release of its SH-B022 Blu-ray Disc writer, and The Register reviews:

It’s early days of Blu-ray, and the Samsung SH-B022 is the first drive to make an appearance outside company labs and beyond the exhibition stands. Hopefully Samsung will make some improvements before retail products become available – in particular, ensuring it will at least support DVD writing.

The verdict: it was disappointing. Well, for now at least, while Samsung hopefully makes some tweaks before retail release.