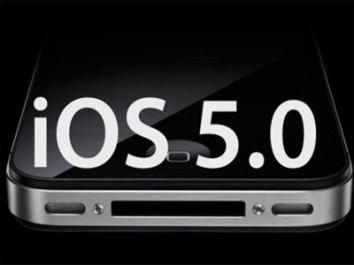 Developers are now tinkering and playing with the forthcoming new operating system from Apple that will drive its iOS devices. The coming iOS 5 promises to have a slew of new features that will be a cool addition to what is already arguably the coolest devices on the planet.

According to some people who have already gotten their hands on the new OS and are now studying and using it, Apple has incorporated new feature that would indicate that future iOS devices will eschew physical buttons in favor of butons on screen. According to what they’ve seen iOS 5 will carry a newer version of AssistiveTouch, which is an accessibility feature that has been programmed as a way of helping people who have difficulties with using the hardware buttons on various iOS devices. The AssistiveTouch feature has programed certain multi fingered gestures and physical manipulation of the device (by tilting or shaking it) to be recognized as commands.

The new AssistiveTouch seems to be Apple’s answer to removing physical buttons. Users can go to the home screen, lock their Apple device, change the orientation of the screen, and adjust the volume. Multi finger controls are also incorporated with just a few virtual button taps. A video in Youtube has already come out showing off the capabilities of this new AssistiveTouch. It does take more button presses to perform a certain task compared to a dedicated physical button. But Apple is probably thinking that this is what is needed in the future. And the cost benefit to them will be quite significant. Production costs for their devices will drop down with the removal of physical buttons because that’s less hardware components to source and manufacture. I do worry though that it may now be harder to perform minor fixes to the device – for example, resets in case the device hangs or freezes.