Today perhaps more than at any time in the past, health care costs are soaring. Additionally, approval for much-needed procedures is subject to more intense scrutiny than ever. That increased scrutiny extends to all new medical devices, inhibiting the appearance and usage of innovative devices.

Fortunately, in 2012 a new regulatory agency was formed. Named the Medical Device Innovation Consortium (MDIC) by the Food and Drug Administration (FDA), it exists for the express purpose of reviewing such medical products, and informing medical organizations and medical education institutions about their approved uses. This new governing body has already sparked an increase in the number and kinds of medical devices being made available in the health-care industry; some of which are described below. 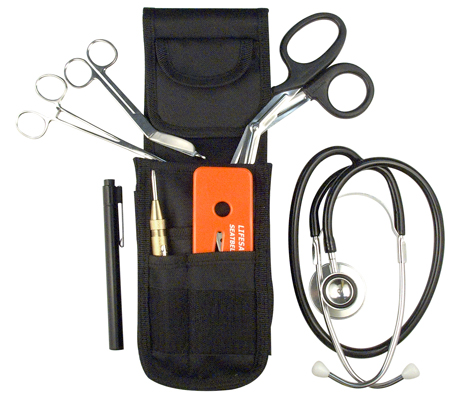 In recent history, the only way to test for skin cancers was to actually remove a section of the suspected skin and have it analyzed for cancer cells. As the American Society of Mechanical Engineers (ASME) mentions, a new handheld tool is now available and approved by the FDA that will reduce the number of biopsies necessary. By taking a detailed photograph of the affected area and comparing it to thousands of other skin cancer photos, one can make an educated guess at the likelihood of cancer. The technique itself does not perform any kind of analysis, but through comparison, it can eliminate many suspect cases that match up to benign skin samples. Ambiguous cases would still require biopsies, but this method reduces the number of invasive tests needed.

The newest version of the traditional physician’s assistant, the stethoscope, looks much like a cellphone with an attached scanning probe; and this device is expected to replace the more traditional tool rapidly, now that it has been perfected. The sensor on the device interprets body sounds—heartbeat—much more efficiently and accurately than an ordinary stethoscope, so the only real deterrent to its widespread use will be its cost, and that will be reduced over time.

Smart bandages will make Holter monitors obsolete. They (smart bandages) are wireless and much more comfortable for patients to wear. The smart bandage is a patch containing a whole array of sensors which measure vital signs, and which can be worn and taken home by patients. Wireless transmitters embedded in the patch send data either to the patient’s cellphone or to an Internet gateway that can be accessed by the health care provider. This kind of monitoring—a profession/discipline unto itself and learned at places like Allied Health Institute — will in some cases eliminate the need to hospitalize patients who would otherwise require close observation.

According to MedScape, speech recognition programs have grown so sophisticated in the last decade, they are now suitable for use in transcribing patient records, which saves a great deal of time for office personnel, and frees them up for more useful tasks. It is also promoting the transition to Electronic Medical Records (EMR’s) that will vastly increase the efficiency of any health organization. Soon speech recognition apps will be available for cellphones, which can take dictation on case histories and completely free the physician from having to use a keyboard, thereby providing mobility and more time for patient care.

The days of drawing blood for glucose testing and daily injections of insulin, as well as the risk of contamination from all that needle usage, may be drawing to a close. A Philadelphia company is currently testing a patch that can detect levels that are below a safety threshold by analyzing blood components through the skin, and then transmits a signal to a nearby monitor, which in turn emits an audible signal to alert the patient that insulin is needed.