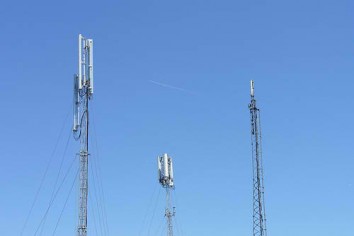 No we’re not talking about the artist, we’re talking about the latest baby that Steve Perlman, Onlive Founder, developed with his team of engineers and scientists as San Francisco – DIDO. DIDO, which means “distributed-input-distributed output”, is a new wireless system that is being touted by Perlman as the future of wireless.

DIDO is supposed to revolutionize the wireless world by making wireless networks more reliable (Read: Fewer dropped calls.) and speedy. It does this primarily by addressing the problem with interference. That does not mean that it eliminates interference though. On the contrary, what the DIDO system actually does is it “embraces interference rather than avoiding” it. As users access the Internet through multiple transmitters, what the DIDO data center does is simultaneously access the Web data from the multiple transmitters, processes it, and transforms it to unique signals that carries the data to invidiual users. Since DIDO relies on interference from multiple transmitters to create the unique signals,it means that the system would need to have a lot of transmitters deployed in order to give each user in the network the maximum data rate. The good thing though, is that if conditions are met, users can actually experience speeds at 100 percent, something we all know current wireless technologies do not deliver.

A major loophole of the DIDO system is that it can’t work with signals other than that transmitted by DIDO transmitters, which means that it is unlikely that the technology will be adopted in areas where current Wi-Fi technologies are already pervasive. As Perlman said, “Frankly, I think the first deployments will be outside the U.S.”, which is only sensible considering how wirelessly connected the United States is. Still this is good news to regions and countries where Wi-Fi accessibility is still a problem, since there is no barring their use of the technology. For the rest of us though, unless everyone’s willing to tear down existing cellular phone and Wi-Fi transmitters, we’ll just have to deal with dropped calls and slow, congested internet connections until another technology that can coexist with current technologies arrives. 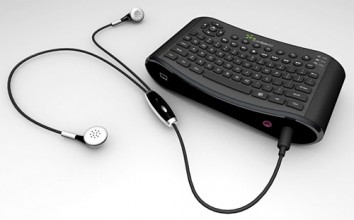 I’m currently building an HTPC (home theater PC for those of you who are wondering what it means). I think it will be more convenient to play the video files that I have collected over the years over my home theater setup because more people can watch the videos as opposed to just playing the files on my computer, where not a lot of people will have the room to watch it with me. END_OF_DOCUMENT_TOKEN_TO_BE_REPLACED 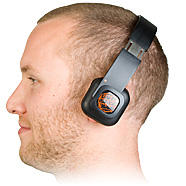 I love listening to music wherever I go. I especially love it when I’m walking around either at the mall or even inside my house. I feel like I’m walking to my own private music score and you know it makes you feel good whenever you do that. But sometimes it’s a hassle to walk around with headphones or earphones mainly because of the wires that snake between your buds and your music player. I often find myself trying to keep the wires away from me or sometimes the phones fall off because it gets snagged on something as I turn my head. It’s enough to really put a damper on how you enjoy your music. END_OF_DOCUMENT_TOKEN_TO_BE_REPLACED 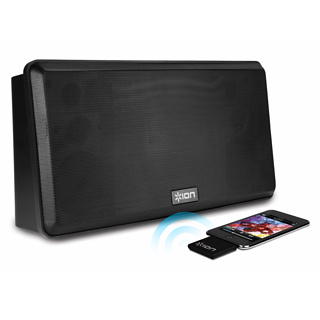 I work at home and one of the important things about working at home is to have a dedicated workspace in your house. It could be a home office or just a little corner where you can shift to work mode whenever you enter this zone. But even though I have a dedicated workspace at home I sometimes get the urge to just bring my laptop to another part of the house to give myself a little change in scenery. END_OF_DOCUMENT_TOKEN_TO_BE_REPLACED

We all know that wireless keyboards are pretty neat, except for the fact that they eat their batteries up a little too fast. Well, guess what. Logitech is promising that their Wireless Desktop MK710 keyboard and mouse combo will last for 3 years. On one set of AA batteries. Seriously, just pop in four AA batteries on this baby, and it’ll last three years. I don’t know what sorcery they’ve used to make this keyboard and mouse set, but this is so awesome I’m not even complaining.

From the official press release:

The comfortable, midsize laser mouse delivers smooth tracking on a variety of surfaces and puts control in the palm of your hand. Hyper-fast scrolling lets you fly through long documents or, if you prefer, you can easily shift to precise click-to-click scrolling to navigate lists, slides and image collections. The mouse’s sculpted, right-hand shape guides your hand to a naturally comfortable position and places the three customizable thumb buttons within easy reach, so you can move quickly between Web pages or applications (after downloading of Logitech software).

Logitech Advanced 2.4 GHz wireless connectivity delivers the reliability of a cord plus wireless convenience and freedom. Fast data transmission, virtually no delays or dropouts, and 128-bit AES encryption give you the peace of mind that comes from knowing that your data is protected moving from keyboard to receiver to computer.

The Logitech Wireless Desktop MK710 will be available at the end of this month and will retail for $99.99 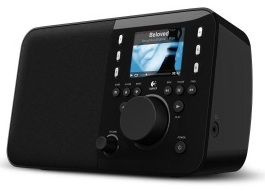 Wires: who needs them? They’re so twentieth century which is why audio equipment manufacturers are embracing Wi-Fi in order to stream music around the home.

END_OF_DOCUMENT_TOKEN_TO_BE_REPLACED

The days of having to plug in all your peripherals to exchange data are long gone, as Samsung proves today with what it claims is the world’s first “multi-wireless” compact digital camera.

The ST1000 (not to be confused with Nikon’s Coolpix S1000pj announced last week) features built-in GPS, Bluetooth and Wi-Fi, allowing for geotagging goodness and connection to any open wireless network for picture exchange.