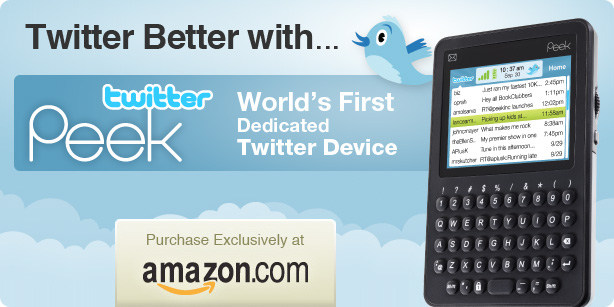 I’m a Twitter addict. I mean, who isn’t? Microblogs like Twitter are the first place I go when I log on, and even when I’m on the go I don’t forget to fire up my phone and check that darned site.

But if you’re, I dunno, really into Twitter that you’re willing to have an entire gadget just for it, I guess the TwitterPeek is for you. Created by Peek, the company that made push email on non-smartphones possible, TwitterPeek is basically a dedicated Twitter wireless device. I don’t honestly see the use for it. Most major mobile phones have a Twitter app that works on Wifi and 3G anyway. Unless you want to do away with your phones and concentrate on Twitter instead.