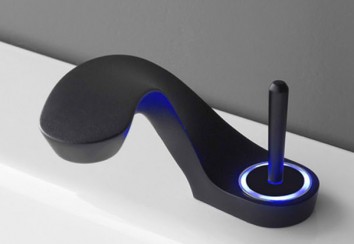 Which is what this really cool-looking faucet always gets when seen by other people. This high tech looking faucet  — the Ametis produced by Graff Faucets  — won’t look out of place in the world of Tron. END_OF_DOCUMENT_TOKEN_TO_BE_REPLACED