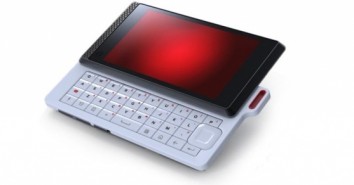 According to the rumors, the Google Nexus Two will be manufactured this time by Motorola. Google is allegedly looking into one of Motorola’s not yet in production models, the Motorola Shadow, to be sold as the Google Nexus Two. The Motorola Shadow is going to be a pretty nice phone, with a slide-out QWERTY keyboard while at the same time having an alleged thickness of 9mm. Other features of the Nexus Two (man, I just love typing that) are: a huge 4.3″ touchscreen of 850 x 484 pixels (or more probably 854 x 480 pixels), HDMI port and will pack an 8-megapixel snapper capable of 1080p video recording. Holy wow, HDMI port.

It is still unknown if the Shadow/Nexus Two will run the Android OS v2.1 or a newer version, maybe the rumored Froyo (comes from “frozen yogurt”).

And while we’re at it, there is one more Android based Motorola device that leaked these days. Of course, we mean the Ruth (a.k.a. Motorola MB511) which specs have been spotted in company’s own user agent profile database.

Unfortunately, there’s nothing thrilling to see: the Ruth will be a GSM/WCDMA with a Qualcomm MSM 7200A 528 MHz processor and MOTOBLUR-ed Android OS v1.5 aboard. The low resolution screen (of only 240 x 320 pixels) along with the other specs suggests that the phone will be competing with affordable devices such as the HTC Tattoo.