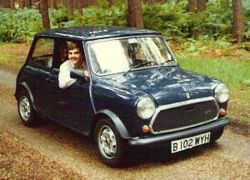 The Mini is undoubtedly one of the world’s most memorable cars. No, it’s not as upscale as Aston Martins, Porsches or even Ferraris. And it’s not as aggressive as Hummers, Land Cruisers or even Range Rovers. The Mini is an ultracompact car that’s designed to be economical, both fuel-wise and with the parts used for construction. But it has become a 20th century icon, and this may as well extend to the 21st century, with the introduction of a “New Mini.”

Mr. Bean drove a Mini. Minis were featured in Austin Powers films, too. And the story of the 1960’s Italian Job and the 2000’s remake revolved around the Mini. The Mini seems to have been a Hollywood favorite, especially with renowned purchases by the stars in the late 1960’s.

The Mini is a small car that was produced by the British Motor Corporation (BMC) and its successors from 1959 to 2000. The most popular British-made car it … is considered an icon of the 1960s, and its space-saving front-wheel-drive layout influenced a generation of car-makers. In the international poll for the award of the world’s most influential car of the twentieth century the Mini came second only to the Ford Model T. 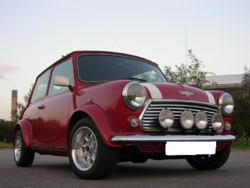 The beauty of the Mini is in its simplicity. It was designed to contain as less parts possible, for easy maintenance. Even the suspension system used compact rubber cones instead of traditional steel springs. Space was maximized, so that even with its diminutive size, you can seat at least four full-size adults.

But what was revolutionary with the Mini is the use of the FF layout–or the front-engine, front-wheel drive layout, which introduced such a layout to a new generation of cars. Most passenger cars today are FF, save for pick up trucks, most SUVs, and large sedans and wagons. The FF layout saved on space, since there is no longer the need to connect the engine to the rear wheels through a transaxle. There is also no need for differentials to be installed on the rear axle. And given the physics of running front wheels on a front-mounted engine, this also saves on fuel consumption.

The Minis also had excellent handling, thanks to the FF layout and the wheels being pushed out to the car’s corners. This gave it an edge in rally racing, and in fact, the Mini has won many a championship in the 1960’s and 1970’s.

The Mini has since been replaced the New MINI, manufactured by BMW. It shares some of the retro aesthetics of the original Mini but is pretty much a whole different car, in terms of size and amenities. It’s no longer the spartan, but fun vehicle the Mini was, but is instead aimed at young upscale consumers. Still, you can see Minis in various states and conditions around, and you cannot help but marvel at how such a simple little automobile represented feats in engineering and had captured the hearts of auto enthusiasts and motorists alike.