One of the amazing things about the iPad is how we can get to interact with the device using only our fingers. No need for a stylus that always gets lost. Every motion is intuitive and natural.

Then again, there are people who may prefer to use a stylus for certain applications. Off the top of my head, I really can’t think of a reason I would want a stylus for the iPad; but if you are one of those who have been wishing for a pen-like tool to use with the iPad, then Wacom has some good news for you. Earlier this week, the company announced the Wacom Bamboo Stylus for the Ipad.

If you have tried to use a pen, a stylus, or any similar item to write, tap, or draw on your iPad, then you know that it simply won’t work. With Wacom’s stylus, your iPad is essentially being tricked into thinking that the stylus is your finger. Forget magical – with the right technology, it can be fooled!

This new stylus is not the first in the market that can be used with the iPad, actually. The edge that Wacom has is the 6-mm tip. That means one thing: finer and tighter control over movements. Artists, for example, can create better works of art with this nifty stylus. It is also 25 percent thinner than other similar products that are already available.

The Bamboo Stylus has not hit the shelves yet, but it should by May. If the news about pricing is right, then one should cost about GBP25 (about USD 40). That’s cheap enough to get one, but pricey enough to make sure you don’t lose it! 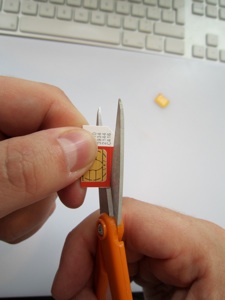 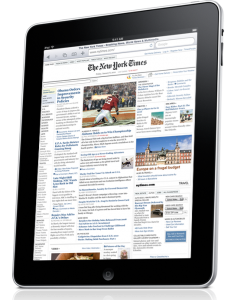 After years and years of waiting for the almost-legendary Apple Tablet to even show up, today, Apple just finally ended years of speculation in their “Newest Creation” event by showing a demo of the Tablet, named iPad. Yes, everyone. The Apple iPad is real, and it’s pretty. We all know how crazy the hype has been for the iPad. We’ve seen blogs dedicated around 50% of their articles just for iPad rumors, and really, I got sick of hearing about the magical computer’s capabilities. I got to the point where I was expecting somebody to say that the Apple Tablet can cure cancer.

I was just as excited as everyone for the release of the tablet. There hasn’t been a successful tablet computer outside the dedicated geek who needs to have everything. Even Apple had a bust with its Newton line. The iPad could be the first tablet computer that can become a hit with the masses. Why not? It’s got a great price, and the interface, running iPhone OS, would be familiar to anyone who’s used an iPhone or iPod touch.

But honestly, I am disappointed with the iPad. There’s that horrible name, for starters. I’m sure you know about the flood of jokes about the iPad sounding like a certain women’s sanitary product. I’m also not convinced at how the iPad can actually bridge the gap between the smartphone and the laptop. Netbooks have been doing great in that aspect for a couple of years already, and netbook manufacturers are actually developing innovative touchscreen computers that can actually compete with the iPad’s (lackluster) features.

Of course it’s too early to conclude the iPad will be a disappointment. To be fair, I think that it offers the best touchscreen experience over any other tablet. Of course I haven’t even gotten my hands on one yet, so I can’t make a conclusion on that. But I do know this will be a hit for Apple, but I won’t buy one. Once Apple develops the iPad even further (we may even see a camera one of these days), I might change my mind. But for now, I’m not picking up one in its current generation.