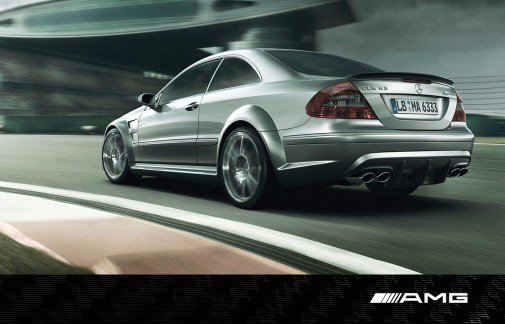 Weight-optimized AMG forged alloy wheels feature an unusual staggered diameter and width: 9.5 x 19 inches up front and 11.5 x 20 in the rear, with 265 / 35 19 tires in front and 325 / 30 20 tires at the rear. Vented and perforated composite ceramic brake discs are clearly visible through the filigree of the AMG double-spoke wheels – front discs are more than 15 inches in diameter, with six-piston fixed calipers to slow them down, and the rear are 14 inches, with four-piston fixed calipers.