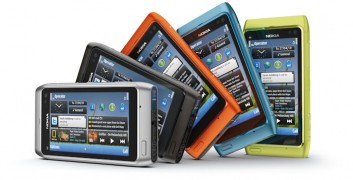 Maybe you’ve heard of Nokia’s upcoming N8. The new Nseries phone, set to overtake the N97 as Nokia’s new flagship phone, is making a huge buzz here on the web. To think the phone’s not even released yet.

There is a lot to be excited for the N8 anyway. Besides, this is the first phone to run Nokia’s new Symbian ^3 operating system. The specifications of this phone is also astounding:

Whew, that’s quite a lot, isn’t it? The camera alone is enough for anyone to consider getting the Nokia N8. It’s looking like it’s going to be more than a capable content creation device. Throw in the fact that it doubles as a portable entertainment center, people can enjoy HD-quality video with Dolby Digital Plus surround sound by plugging into their home theatre system. I don’t see how you could lose by not having this phone.

Oh yeah. The operating system. The Nokia N8 was already given an early review, and the reviewer panned Symbian ^3, going as far as to jokingly accuse Nokia engineers of sabotaging the brand. To be fair, they were testing an early version of Symbian ^3, and we might find an operating system that might just be able to compete against the iPhone. Although knowing Nokia, the first few iterations of the N8 won’t probably be as good as we’d hope it would be. We’re probably better off waiting for a couple of firmware updates.