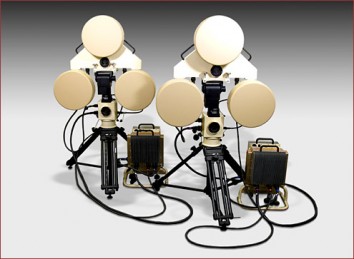 Gadgets are not only found within the realm of the consumer sector. The military is actually gadget heaven for the latest and most advance electronic equipment. And they need to be at the cutting edge of technology because we’re talking about defense and the protection of lives – not just the civilians but also military personnel as well.

One of the most dangerous threats to people, especially in war torn countries, are bombs. And probably the most dangerous are suicide bombers. They generally go undetected in populated places and they cause massive fatalities as they blow themselves up with the bomb attached to them. One way to detect suicide bombers is by doing body searches on people entering public places or events. But then their proximity is already a danger and they can still cause fatalities if they blow themselves up at the inspection line.

The military know these dangers all too well that’s why they’ve enlisted a tech company to develop a machine that will spot suicide bombers from afar. The machine, called the Counterbomber, has already been deployed in over 40 locations around the world, including high danger areas like Iraq and Afghanistan.

The device, which costs $300,000, uses two cameras that detect and track each person that walks near the system, which is measured as the length of a football field. Low level radar beams are then directed at these people and the returning signal captured by a computer, which then analyzes the signal. The exact details of how the bombs are detected are obviously kept a secret but it is sensitive enough to detect bombs and weapons that have been hidden by terrorists under their clothes. People who are flagged will trigger a red symbol on the computer and a horn will also sound. If the person is safe, a green symbol is shown and a nice tune is played. It’s pretty straightforward and self-explanatory that anyone can use it without having to extensively train on how to operate it.