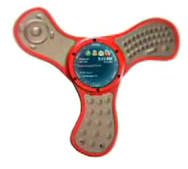 Move over iPhone! Microsoft has done you one over. The hype over the iPhone has fizzled (and reportedly the iPhone will be released to the public this June). But now there’s something even better. And it’s from Microsoft.

The first time I saw this video, I thought O!

The oPhone is supposed to be the ultimate in mobile telephony. It’s supposed to beat the Apple iPhone in terms of usability, entertainment capability, and enjoyment. Watch the video to see how great the oPhone is. You’ll surely say O!

This is kind of late for April 1st, but then again, the world is a crazy place.