We the human race are quite the sorry bunch, and thanks to “progress” it’s easier than ever to indulge our own douchbaggery with gadgets. Often times we get away with it, but sometimes we don’t. Here are five attempts to influence fate with the help of gadgets, ranging from gaining a competitive advantage to simply pure perversion. 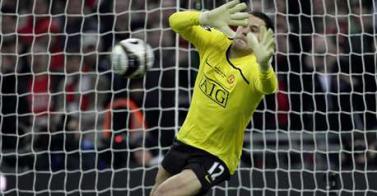 What Happened: In some English competition called the Football League Cup—named the Carling Cup this year thanks to some massive lager-driven sponsorship—Manchester United and Tottenham Hotspur ended the finals tied at 0, so the game went into penalty shootout to determine a winner.

While waiting for his turn to defend the goal, Manchester United goalie Ben Foster watched videos of Tottenham players taking penalties on his iPod. Advantage Foster: as goalkeepers basically have to guess where to jump when defending against a penalty kick, Ben refreshed his memory over his opponents’ tendencies, boosting his anticipatory abilities.

Did it Work? Yes. Foster blocked two shots, and the New York Yankees of the football world won the shootout 4-1. Hotspur fans cried foul, but the Football Association decided not to take any action.

Next time: You’ll probably see goalies wearing specially-designed shades. Complete with a HUD that calculates wind speed and ball trajectory real-time, these goalie goggles will interface directly with the leg and arm muscles, making a goalie jump into a ball’s path in record time while positioning that out stretched hand in just the right place.

The iCondom. It just works.

What Happened: A girl calling herself “Susan042764” on the Apple.com forums discovered that her husband used his iPhone to send an email with a “raunchy” picture of himself attached—to another woman.

So what did the husband do when confronted with the evidence? He admitted to taking the picture (ewwww), but then went on to create perhaps the most memorable gadget-related fiction ever. Susan’s words relate it best, so here goes: “He claims that he went to the Genius Bar at the local Apple store and they told him that it is an i-phone glitch: that photos sometimes automatically attach themselves to an e-mail address and appear in the sent folder, even though no e-mail was ever sent. Has anyone ever heard of this happening? The future of my marriage depends on this answer!”

Did It Work? No. A grateful Susan ended the thread with this: “my atty is working on the divorce complaint… I wanted to remain open to the possibility that it was all some big mistake (I think that he is the big mistake) and thank everyone who provided input on this discussion.”

Next Time: Adulterous spouses will learn how to lock their personal gadgets to protect them from casual skimming. You can never be too careful when covering your tracks!

The Gadget: A Peephole Camera 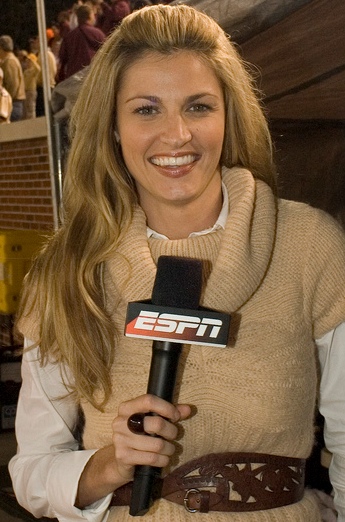 What Happened: Sometime last year or early 2009, ESPN sideline reporter Erin Andrews was getting ready for yet another public appearance. She walked around a hotel room naked, painstakingly fixing her hair in front of a mirror and making sure she looked great. Like any other human, she also scratched her privates and butt, safe in the knowledge that no one saw her committing such unfeminine sins.

Unfortunately, someone captured all of that through a peephole (link is NSFW)—and posted segments of the 5-minute video on the Internet! And the Erin Andrews camp only took note last July, months after the video was made public.

Did it Work? Well, men all over the world have now seen Erin Andrews naked. Even if the video quality sucks, it’s still attracting all those “Erin Andrews nude” searches on Google.

Next Time: Sick and tired of all the perverts looking for a good view, some beautiful woman will invent a distortion field that bends light around a certain area, automatically blurring out privates regardless of where you’re trying to perceive them from. Even better, the field generator fits into a hairpin. 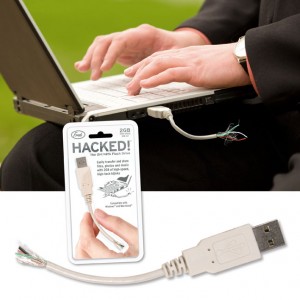 What Happened: Designer Windell Oskay came up with the idea of disguising a 2GB flash drive as a USB data cable with a tattered end, naming it HACKED!™. Windell most likely considers this an exercise in creativity, but at least one blog considers such garbage-inspired design as a security measure: “Think about it. Who’s going to steal a gadget which looks like nothing more than a slashed cable? Other than the most hardcore of kleptomaniacs, the Hacked! gadget should remain safe from dirty fingers. Feel free to include any sort of sensitive info you desire.”

Did it Work? Think about it: you’ve been following around someone who always pulls out a broken USB cable and plugs it into his laptop when he starts working. Why? Could it be something important? Maybe you can just run over and grab the tattered end to easily yank the contraption out?

Next Time: Maybe people will realize that it’s better to keep sensitive info on a properly-secured laptop, since it’s easier to steal a flash drive, no matter how cleverly it’s disguised? 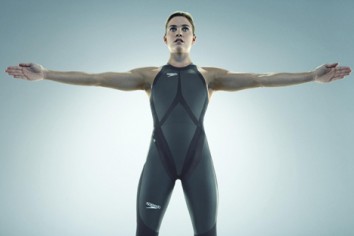 What Happened: Since time immemorial, professional swimmers have shaved body hair and worn head caps to reduce drag in the water and cut down times. Eventually, someone at Speedo realized that putting the athlete into a form-fitting bodysuit would reduce drag even more. With the help of the Australian Institute of Sport, sponsored athletes, and even NASA, Speedo developed the LZR (pronounced “laser”, sans the air quotes of Dr. Evil) Racer Suit.

Since making it’s debut back in February 2008, the suit has helped swimmers cut down on times significantly. In the Beijing Olympics, 94% of all swimming heats were won with the suit. Pretty soon swimmers started wearing two suits at a time, one on top of the other, to maximize the advantages created by the body compression and buoyancy provided by the LZR.

Did it Work? Apparently well enough that 17 world records fell in a December 2008 swimming, primarly thanks to the suit. FINA, swimming’s international governing body, has voted to ban body-length swimsuits. Starting 2010, the maximum coverage area is from the waist to the knee for men, and from the shoulders to the knee for women.

Next Time: Forget about bodysuits or special swimwear! Next-generation swimmers will be genetically engineered in the test tube to be born with long torsos, short legs, oversize hands and feet—complete with webbings between each digit!