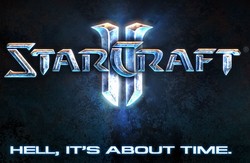 When I got word that StarCraft II had been officially announced in Seoul, Korea, I didn’t quite know how to react. Of course there was the rush of excitement, of thrill, of happiness, but there was also hesitation and a tinge of disbelief — could it be true? Isn’t this a joke?

Hey, now that I think of it, isn’t that how I also feel when an old flame returns to again light up my otherwise dull life, and comes back more buxom and ravishing than ever?

Back in 1998, I was a new PC gamer, and I was mightily fortunate to have begun the years of mouse-worn fingers (not the other way around) and “Just one more turn!” nights with a brilliant and almost perfect game — you guessed, it, StarCraft. SC made me a Blizzard fanboy, not its fantasy counterpart WarCraft, nor the blazing click-frenzied Diablo. I also patronized and revered those two franchises, but my loyalty remains with that one game with the right blend of great gameplay, masterful storytelling, dazzling cinematics, addicting multiplayer play, and deep game world lore.

Did I say one game? Now it’s going to be two.

A visit to the new StarCraft II website (read the FAQ) will give you a wealth of info, and I won’t be repeating any of the stuff there. Instead, here are some thoughts: 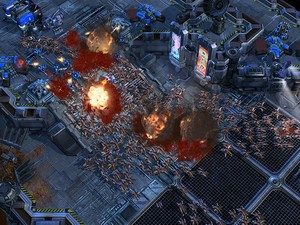