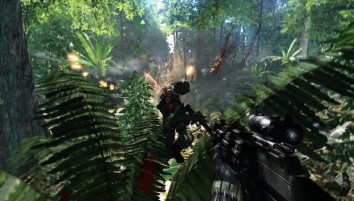 Crysis developer Crytek has threatened its home country, Germany, to leave the country if the ban on violent games isn’t lifted.

“A ban on action games in Germany is concerning us because it is essentially like banning the German artists that create them,” he told PC Games Germany. “If the German creative community can’t effectively participate in one of the most important cultural mediums of our future, we will be forced to relocate to other countries.”

“The current political discussion will deprive German talent of its place on the global game development stage, and deprive German consumers of entertainment that is considered safe and fun around the world.”

The German government is considering to ban all violent and 18+ from the shop shelves (and online shops). This would not only invoke that stores are not allowed to sell the games anymore but also that developers aren’t allowed to actually develop this kind of games in Germany. Seems as if Crytek doesn’t have an other option than leaving the country if the ban is followed up. The threat will be labelled as a ‘cry for attention’ from now on.

German government has been criticizing violent computer games since a school shooting in March was linked to the popular shooter game Counter-Strike. The parliament had hoped to install the ban before the federal elections in September this year but a petition with more than 67.000 subscribers blocked these plans. Any petition reaching more than 50000 subscribers within 6 weeks must be considered and read out in the parliament under German laws. Take that Facebook.