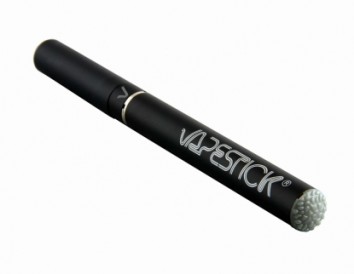 Vaping is a big fad right now. A lot of people, especially smokers, are getting into e-cigarettes in a big way. The main reason is because it is a healthy alternative to smoking. It’s also a fun activity.

Have you ever wondered how these things work? Short of going to an electronic cigarette manufacturer and asking for a tour of their facility, you’d probably want to know how such a device converts a liquid into smoke.

An e-cigarette is actually a deceptively simple device. The device, which is almost always a cylinder is made up of a battery, a cartridge, a heating element and an LED light (there are models that don’t have this). The mechanism and principle of all e-cigarettes are practically the same. When you inhale,  you triggera pressure-sensitive switch that would turn on a small heating element. The liquid in the atomizer cartridge is also dragged into the heating element as you inhale. The heating element will immediately vaporize the liquid, which turns into the smoke that you inhale into your lungs.

The vapor that you see is practically the same as the fog machines that you see being used in night clubs, stage shows and concerts. There are two main differences between the two devices, however. First, the e-cigarette is an extremely miniaturized version of that fog machine. Second, the liquid cartridges used in e-cigarettes can be imbued with flavors (for example, chocolate, strawberry, mint, menthol) and even nicotine doses. You can actually buy cartridges that contain different doses of nicotine – from low to high, and of course, those with no nicotine at all.

E-cigarettes are fun to use but it has a more important use  — as a tool for quitting smoking. Many smokers who want to quit their habit buy e-cigarettes. For them, e-cigarettes can be used as a healthy substitute to cigarettes that, as we all know, are dangerous to your health and can cause many diseases.