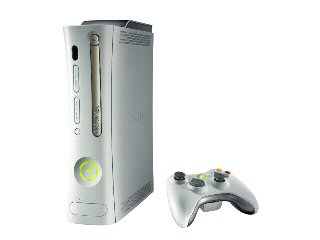 So, the Xbox360 has been out for a while now. What is it, over a year now? No doubt. So did you get one? I did. I have enjoyed it too, from the Media Centre capabilities all the way through to the latest games such as Gears of War and Lost Planet. Not everything has been plain sailing though. There have been reports of broken consoles, even one guy reporting going through more than 7 360’s. The console launch itself was dogged by average games though the hardware was particularly good.

So overall, what do you make of the 360 so far? Well let’s take a look at a few different elements of it before assigning a judgement so far. The first thing to note is that I have two wireless controllers, but even without those the control pad is obviously extremely well designed. It is comfortable, functional and each button seems to be functional. Beyond that, it is fairly robust and useable over extended periods of time.

The reverse of course of this is that there is nothing new behind the control pad. Evidently, Microsoft could have pushed in the same direction of Sony and had a motion-sensing controller (I’m not here to argue whether Nintendo or Sony came up with it first) but they didn’t do so. Unfortunately, this means we’re seeing not much more beyond a slightly better build of the thumb pad. Oh well.

Xbox Live is good. Extremely good. It is also a first for console online capable systems, and also makes Nintendo and Sony’s efforts in that direction just a bit of a joke (Nintendo, you really should be doing multiplayer games by now). However, it generates a revenue stream from Microsoft. More importantly, is it worth the £40? Probably yes, being honest. On the other hand, there doesn’t seem to have much new content on board just yet, and some of the talked about features (feeds of games etc) just aren’t there yet.

The Xbox360 games so far have been impressive, at least where there have been new IP’s. But that is just it. Unfortunately I have a bit of deja vu at the moment with some games. PGR3, Forza 2 (when it is released) and DOA4 are basically souped up graphically in the next level, and that’s about it. I’m hoping for more from Forza 2 but I’d wager that it is going to be much of the same. This isn’t a bad thing, but it’s still a little disappointing.

Overall, I’m reasonably happy with my Xbox360 as I’m sure you are with yours – on the other hand I’m not seeing anything that I haven’t seen before. This is the killer app that is missing from the 360 so far – variety. On the other hand, there are a few games heading our way that could change a few things. Let’s take a quick look at some of them and what they can add to the offering of the 360:

Alan Wake – A third person survival adventure/horror game with interesting overtones, this one could well be big.
Forza Motorsport 2 – Slightly contradictory I know but I’m expecting something big from the physics engine in this game.
Assassin’s Creed – Third person kill-a-guy with a twist. Your character moves like a mix between the Prince in Prince of Persia and Dante from Devil May Cry.
Mass Effect – Sci fi thriller/mystery and third person action/first person shootery means that this is shaping up to be a great game.

I’d say that these games are going to shape the future of the 360, at least in terms of some of them being exclusives. I really hope to see some of these soon, as I’m running out of games to play…