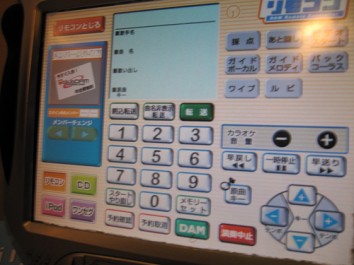 The world of karaoke has changed in dramatic ways and these days you can come up with a home set up that is just as fancy as anything you find in a bar. Technology has allowed karaoke fans great opportunities to sing with more convenience than ever. And if you have the type of equipment that takes advantage of modern stereo systems, you can have a rocking parties every weekend that will last well into the night. We’ve definitely come a long way since the first karaoke machines that were basically simple cassette players. Now we have devices that are leading the way into a new direction of home entertainment while taking advantage of other forms of media as well. Here are some of the best features that you can find our new karaoke machines these days along with examples of a few of the best products.

longtime karaoke fans might remember how cumbersome initial systems were. Not only were they boxy and heavy, they were tied down with endless chords and wires. Cooking up old systems was a chore in itself, and singing with old-fashioned microphones wasn’t a lot of fun either. These days you can take advantage of wireless technology and microphones that allows you to focus on the performance. It can be a blast to move around anywhere you like while emphasizing your song with a bit of body language. A simple option for wireless microphones comes in the form of PylePro PDWM94 Dual Function Wireless Microphone System.

now you don’t even need a television or separate stereo system to sing karaoke just like you would in a bar. There are machines that come with monitors with the ability to scroll lyrics as you sing along. These systems also come with attached speakers so that you get full sound and visuals in one complete package. This is really handy for setting up a song station without having to deal with the process of making sure separate components connect your big screen TV or music system. A prime example of a self-contained display is the Singing Machine iSM-1028 N CDG Karaoke Player.

from cassettes to laser disks to CDs, karaoke has always developed along with major music formats. But if you don’t want to have to deal with constantly changing karaoke CDs, there are now systems that include songs in the mainframe. Something like the Magic Sing ET 19-K comes with over 2000 songs right when you buy it. In order to add more songs, all you have to do is purchase song chips that usually retails for about $50, and you’ll have access to even more music. This is a great way to go about things if you’re putting on a fast-paced party where you don’t want the music to ever end.

There are a lot of machines these days that take advantage of your favorite Apple product in order to play songs you have already downloaded. This is a great way to access real versions of songs without the hassle of karaoke CDs. Most machines that feature iPod compatibility have some sort of vocal suppression so that you can sing along, but keep in mind they don’t work with 100% efficiency. But in many cases all you have to do is sing a little bit louder and that shouldn’t be a problem. The best-selling karaoke machine with iPod compatibility these days is the Memorex MKS-SS1 sing stand.

As you can see, current karaoke technology is definitely a sign of the times. You can also find online programs and software that allow you to sing over the internet as well. Even MySpace has a very popular space dedicated to people who share their performances, and YouTube is filled with personal videos of karaoke fun. It will be exciting to see what the future holds as technology continues to develop, and is definitely a great time to be a fan of singing today.

This look at fun singing features comes from the karaokemachineguide.com, a great resource if you’re on the market for a brand-new home karaoke machine.