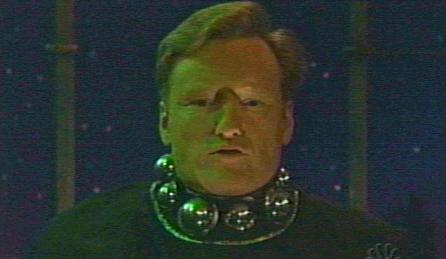 – I expect that virtual reality is going to come into its own within the next 20 years, if even that long. Some of you may remember that miserable VR push from the mid-90s, when a bunch of helmets came out all at once for the PC. Unfortunately, the effect at the time was something like wearing sunglasses while sticking your face too close to the monitor to actually see anything. And then there was Nintendo’s Virtual Boy, perhaps not the very best thing they ever made.

However, next time VR comes around, it’ll be because it actually works. For one thing, we’ll have different images projected to each eye from different angles, to create a good 3D image and take care of the blur. By the end of the century, I expect we’ll have helmets that track your eyeball movement and adjust the projected image accordingly. The sound, I’m sure, will keep up, and will be easier to do. We should see full headphones that fit around the side of your head, and make the sound come from any direction. Of course, that’s not really even beyond us now.

– TVs will get bigger, cheaper, and thinner. In a hundred years, I’m sure, a low-cost TV wall will be a pretty standard fixture of homes everywhere. No idea what the rich folk will own.

– What Nintendo hath wrought will continue to grow. I doubt that another console will ever be released in which some sort of motion isn’t incorporated into the control. Expect things to get more and more fancy, but also more and more intuitive with the onscreen action. This will fit right in with VR push.

– I expect that the Internet, as it is now, will be completely replaced by something else. Part of the reason is the limited number of IP addresses that are available in the current standard (IP version 4). Despite the workarounds we have, this problem will come to a head. Whether or not the currently planned successor (IP version 6) ever actually goes into effect, it will be replaced by something. The other factors that will drive the change are an exponentially growing demand for faster transfer speeds for the ever-growing amounts of data being transmitted, and the push towards wireless. In the year 2000… I mean 2106, I expect that there will be worldwide wireless Internet service in all developed countries, which you can connect to from anywhere, sort of like there is for cell phones now, and you’ll be able to send and receive data at ultra-high bandwidth speeds.

With IP addresses, or whatever replaces them, being long enough for everybody to have their own (or several of their own), your address will become much more like a telephone number than it is now. This will mean less freedom, but will also make life much harder for scammers and spammers.

– In the experimental phase now, sub-orbital commercial airplanes will be developed. These will launch into the stratosphere, allowing passengers to experience weightlessness for a few minutes and to get a good view of empty space and the curvature of the earth. Flying with little air resistence at mach speeds, they’ll also get you to the other side of the world in about an hour and a half. I doubt this will become practical until well into the second half of the century though.

– Undoubtedly, there’s going to be some major changes in energy consumption over the next 100 years, by necessity, but it’s hard to say how exactly. Will the hydrogen cell be ironed out? Will we make fuel out of potatoes? Will nuclear power become commonplace, even for cars? Will things run on garbage, like Back To The Future II? I honestly have no idea. It will come down to what’s available and affordable when it becomes necessary.

– I think that materials that can wrap visible light, sort of like the stealth bombers and fighters do with radio waves, will become a reality, resulting in invisibility, or at least a sort of sorta-invisibile chameleon effect, a la Predator. I think this will probably only really work well on aircraft and fairly distant objects, as ground-ridden objects will still be visible from above (perhaps as dark spots or rainbow blobs of washed-out light) or when you get close enough to them. And, of course, some light will have to be able to get in and out in an area large enough area for the person inside the cloak to see. Perhaps it’s still something that special forces might use, though, for extra cover in their long days spent camping out in the desert.

– I expect the biggest gains in niftiness to come in the area of surveillance and intelligence work. Little microscopic surveillance machines (perhaps possessing the ability to do damage too), increased ability to pinpoint and track individuals accurately from long distances, improved AI for sifting through tons of conversations and other chatter, and picking out pertinent information from all the noise, that sort of thing.