In a move that left me scratching my head a lot, Nokia is readying an update to their venerable 5800 XpressMusic. I guess to sell cheaper units, Nokia decided to release a version of the 5800 that does not have wifi.

The new unit is called the 5800i, and it may have all the bells and whistles of its older brother, the one thing that’s missing is the wifi radio.

Check out the report from Unwired Review:

Nokia 5800i XM just passed through FCC, and all the documents show pretty much the same handset, with similar specs and looks as the original 5800. Except for the Wi-Fi connectivity, which is lacking in Nokia 5800i. 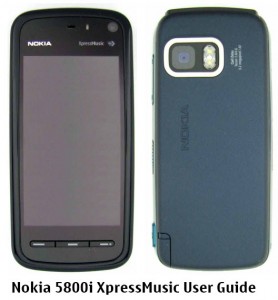 This is pretty weird, because most of Nokia’s ‘i’ phones are minor upgrades of the previous model. I don’t know about you guys, but 3G I can live without, but wifi?

There’s no news yet on pricing, but I’m thinking Nokia wants something in the price range of their upcoming 5530 (which I am so excited for).

—
Ade, the new guy, spends his days lusting after gadgets and one day hopes to marry an imaginary woman made out of old computer parts. Check out his blog at AdeMagnaye.com