SonyEricsson seems to be screaming “die iPod!” with every Walkman music player or mobile phone it comes out with. You can expect nothing less than that Sony touch of class and craftsmanship in every Walkman-branded device they announce.

The W42S features 1 GB of storage and a 1.3 megapixel camera. The phone measures 49x106x24 mm and weighs 123 grams. The W42S will work on 3G networks, and can download music over the air via the LISMO service. 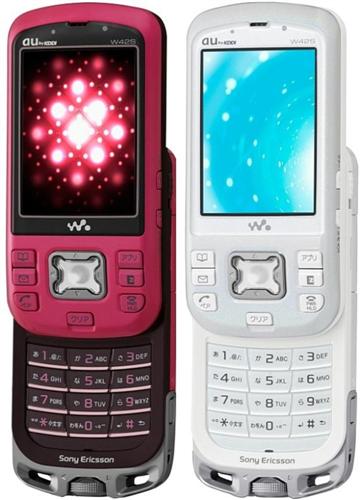 Of course it doesn’t hurt that the Walkman was the brand that got the popularity of the portable music player going (in all its bulky cassette-tape glory). However, it might be a problem if the Walkman goes the way of the Betamax. Do consider that Sony loves to make everything proprietary (think Memory Stick; think Blu-Ray, and yes, think Betamax!). For most people, it’s a big drawback that one can only sync the device thru proprietary Sony software. What, no drag-and-drop? Even iPods can do drag-and-drop.

Here’s a comment from ForeverGeek. I agree that the new Walkman phones are a tad too bulky compared to iPods (of course!) and even the sleek iTunes-enabled phones of last year’s vintage (such as those from Motorola).

Looks like Sony is starting to shift their efforts away a bit from MP3 players arena and moving towards the Cellphone MP3 Player Market more. However, in my opinion, they still need to make better efforts. This phone is way too bulky for it’s features. 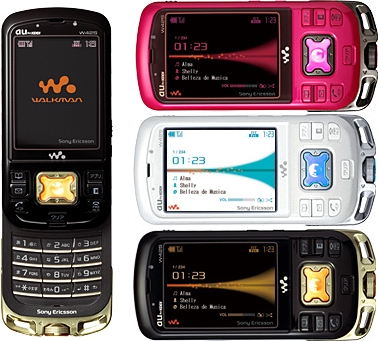 Engadget is not as unenthusiastic, though.

The W42S packs in a cool 1GB of internal memory which can be supplemented with up to 4GB of Memory Stick Pro DUO expansion and sports a power saving mode allowing up to 30 hours of music playback. This 3G (CDMA2000) slider also features a 1.3 megapixel cam, a 2.2-inch 262k color QVGA LCD, FM radio, an EPG to keep you hip to the TV schedule, and a feast of dedicated player controls including a new mechanical wheel unique to Walkman phone navigation. And by partnering with KDDI, owners can snag music over-the-air via the 5 million downloads per month strong LISMO music service. No price announced but “local media” is reporting that this musicphone will fetch $181 (with contract and telco rights to your vital organs we presume) when these drop in late June. Click on for a few hands-on pics.

However, if you’re fond of accessorizing your portable music player, you’d better go for an iPod instead.

The Nano continues to land lightning fast blows on the Walkman, each one for each iPod accessory tha exists (and trust me, there are a LOT). And the walkman is down! And the counting begins… and… and… *ding ding* iPod Nano is the winner!