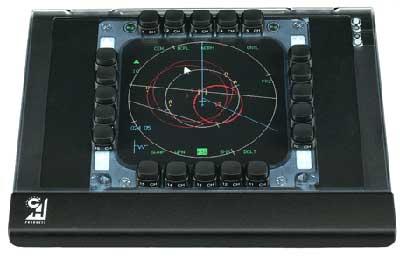 In my younger years (that doesn’t mean I’m no longer young), I used to love playing flight simulators on my PC. Back then, there were no high-tech simulators for consumer-grade PCs, so I ran rudimentary DOS-based software like Chuck Yeager’s flight simulator. This application was so simple that the planes were represented by polygons instead of graphics. Of course, the creators tried to make the representations look as accurate as possible–so for instance, an airplane’s silhouette was more or less similar to the graphical representation.

However, as PCs gained processing power, the software also became more complex, and at some point I already stopped playing (or is it actually considered playing?) flight sims. So for now, my “flying” experiences are usually based on reading up, particularly other peoples’ blog and forum postings about flight sims.

However, for people who are still interested in running flight sims, it helps to have the right gear. And this includes joysticks, pedals and other such input devices. To simulate the cockpit of lager commercial aircraft, you can try out CH Products’ multi function panel.

CH Products, the makers of the uber flight sim gear have teamed up with Ergodex to create a serious toy for flight fans called the Multi Function Panel. This MFP allows sim flyers to design their own cockpits or duplicate the cockpits from existing aircraft like the 777 or F-16. You can emulate avionics panels, comm panels and GPS panels with the wireless display. The Ergodex tech allows the 25 different buttons to be placed anywhere on the base which connects to your PC via USB. You can even go all out and design your own glass cockpit by connecting up to 16 MFPs to your PC at once. – everything USB

Connecting 16 panels might seem too much, but I guess if you’re at the cockpit of an aircraft you will have your hands (and eyes) full with the number of instruments and buttons.