It’s a Monday and many of us hate Mondays (anyone here a fan of Garfield’s?). But over the weekend and probably the days preceding, much would happen in the tech scene as new discoveries are made, new software released or old ones updated (by zealous coders with a lot of weekend time on their hands), or cool discoveries made.

It’s a Monday, indeed, and here’s what we think would be in the news this week, and doing the rounds among the blogs as discussion threads. 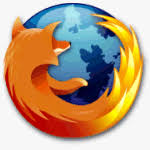 Firefox 2.0 Beta will be released tomorrow. Release candidate 1 (RC1) can already be downloaded from ftp.mozilla.org. However, the official beta release will only be available for download tomorrow. According to early previews, version 2.0 of the very popular Firefox would have a new session-saving, which is useful for those times when your computer would just decide to crash, freeze or hang.

Firefox 2.0 is also said to have an integrated spell-checker and an anti-phishing tool. Looks like Firefox is really gearing towards going mainstream. Geek users won’t have the need for an anti-phishing tool, anyway (this seems like an insult to our intelligence!), but more mainstream users would find this useful.

Intel going multi-core. Not being content with today’s new line of dual-core systems, Intel is soon going the multi-core way, with its upcoming chips codenamed Keifer. It’s still a few years down the road for Intel’s development teams, but having 32 cores sure is sexy! I could probably run a space shuttle on one such processor.

The Sub-$100 Linux box. Move over $100 laptop. Here’s the sub-$100 Linux box. Ships for as low as $75 apiece, and comes pre-installed with your distribution of choice. Not really new, but hey for that price it’s quite good for hacking away on your favorite distro.

The waterproof MP3 player. Nothing spectacular, but it’s summertime and we all want to hit the surf (or maybe just the water). The Freestyle Fusion is a digital music player that you can tag along on those frolics at the beach (or surf sessions). Just don’t forget the sunblock.