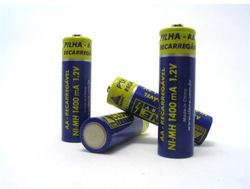 One severely limiting factor to the mobility of any mobile device is battery life. Or rather, this is probably the single most limiting factor, more than the size of the gadget, or processing power, storage size, or connectivity options.

Take your laptop, for instance. Three hours of mobility and then you suddenly run out of power, and have to plug in. So much for untethered mobility. What about your digital camera? Several hundred shots (memory card space permitting) and you’re flat. You’re lucky if you use AA cells, since you can always just change batteries or shift to alkalines when you run out of rechargable juice. Or perhaps you’re not so lucky, after all, as you would still have to spend on buying those alkaline AAs. What about your mobile phone? I couldn’t last a few minutes without knowing I’m always connected to the network. You never know when an important call or text message will come–and it’s really bad if you suddenly run out of juice in the middle of an important call (not to mention during emergencies).

Of course Murphy’s Law would tell you that you will always run out of batteries just when you really, really, really need your gadget powered up and running.

You will only be as mobile as you are powered up. And for as long as battery life is limited, and charging time takes long, you don’t have very long to go before your next charge.

Our current rechargable battery chemistries, whether Nickel-based (i.e., the older NiMH cells prevalent in rechargable AAs for cameras and other gadgets or the newer Lithium-based batteries used in mobile phones and laptops) have one problem. They take too long to charge. Never mind if you have those rapid, one-hour AA battery chargers, or even those thirty-minute rapid chargers. Everything just takes too long!

Laptops charge for almost as long as their batteries should carry charge when turned on (and about half or a third of that when turned off). But what if youre flat and you suddenly have to go somewhere (and that somewhere doesn’t have power outlets, but you do need to use your laptop)?

Fortunately, researchers have found a solution to this problem from a 300-year-old invention, the capacitor. The amount of charge or power that a capacitor can keep is limited to its surface area, and it would require a really really large capacitor to hold enough charge to power a device. You’d probably need a capacitor as large as a car to power your laptop for a couple of hours.

The problem with capacitors is their size. The storage capacity is relative to the surface area of the capacitor’s electrodes, which makes current capacitors 25 times less capable than similarly sized current batteries.

300 years later, the M.I.T researchers of today finally solved this problem by employing nanotechnology. By covering the electrodes with nanotubes that are 30,000 times thinner than human hair, the capacitor can now store many times more energy.

Nanotechnology has changed all that, though, with nanotubes. We might soon have high-capacity batteries that charge in just a few seconds, and that can keep us happy (what gadget geek isn’t happy with his or her mobile devices?) for hours on end. Run out of juice? No problem. Just plug in and you’re all set to go in a jiffy!