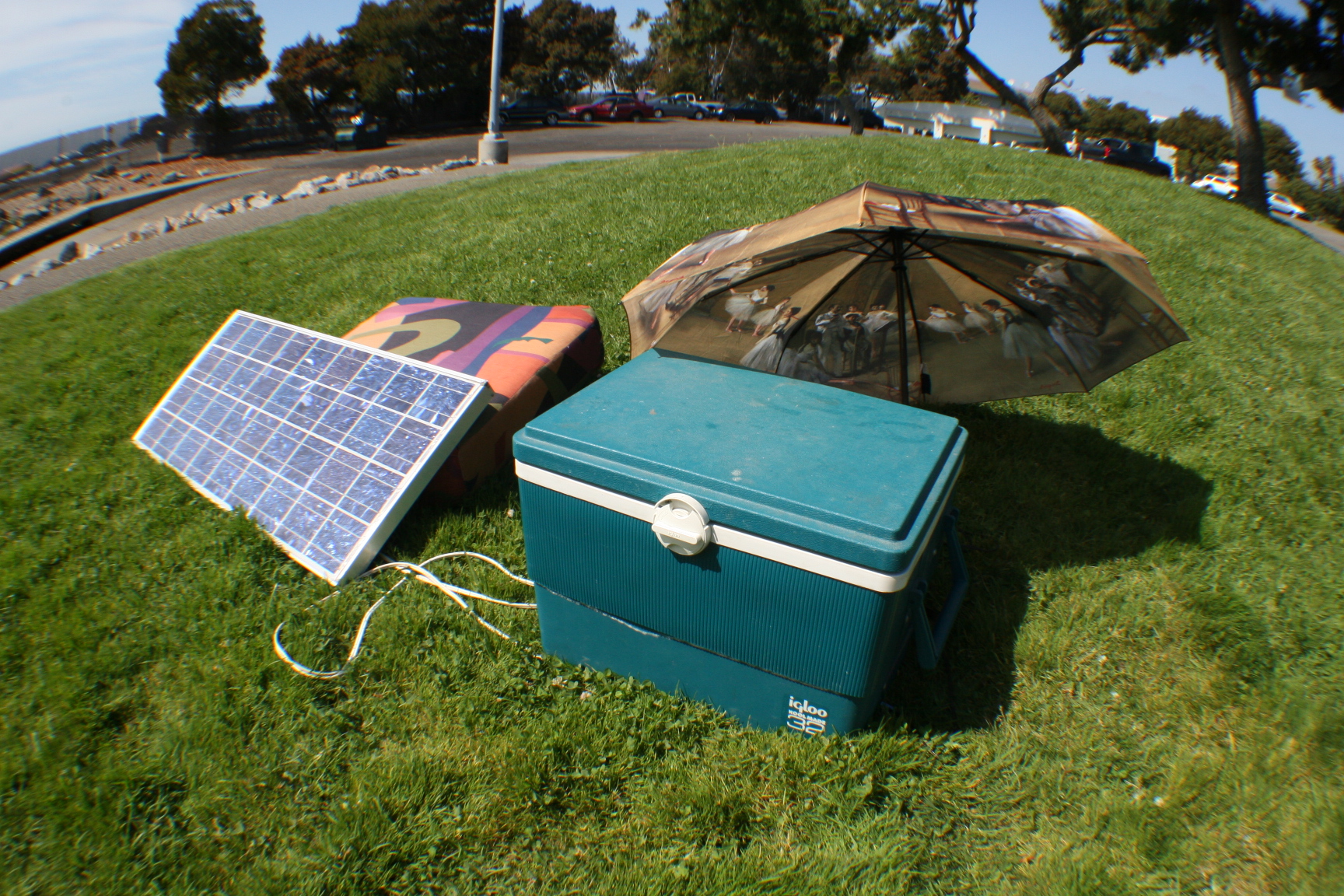 For people who live in areas that get a lot of sun, traveling anywhere and having to lug the obligatory ice-filled cooler along can be a real chore. In addition, many people have had the dreary experience of a day at the beach when their ice melts and the hotdog and condiment containers end up floating in a pool of water next to the beverages.

For outdoor enthusiasts, one of the coolest sets of new products on the market now are the solar coolers that use the energy from the sun and a sophisticated internal mechanism to provide a cooler that creates a dependable refrigeration tool.

The new coolers come in styles that either integrate the solar panels into the lid or provide a connection into which an array of solar panels can be plugged. For the units that use a solar panel array, separate panels are pre-mounted on frames so they can be placed in a position to face the sun, and shifted appropriately as the day progresses.

How cool does a solar cooler get?

Because the goal is to keep stored items cool and not necessarily frozen, most solar coolers on the market typically promise to keep their contents at about 42 degrees Fahrenheit for an extended amount of time on a single charge. If you think about the convenience of being able to just move the cooler outside to recharge it during the daytime, your next mountain cabin trip may not require any ice at all.

Some cooler models can reach temperatures that are below freezing, given enough solar power. As for how long they take to cool, the amount of time is similar to what it takes a comparably sized refrigerator to cool down.

A slightly smaller than a normal cooler

As far as size, although there’s a range of models, each one on the market ends up sporting a slightly smaller interior than the regular coolers of similar size we’re all familiar with. The space that’s missing is where the electronics that govern cooling functionality are installed.

Some cooler models add features such as wheels that make it easier for you to move them around over all types of terrain.

What about something much bigger?

Some have asked whether there’s a potential for larger compartments for travel purposes, such as a solar refrigerator. The answer is yes … and no.

Several years ago, a solar refrigerator was offered on the market that could be served only by solar panels that were attached to a battery to power the refrigerator. At that time, technology hadn’t reached a level where a unit could be larger than the average under-the-counter fridge.

So for homeowners that are looking to remodel and add solar appliances, perhaps by refinancing, the coolers weren’t a size that the average family could use for long periods of time. Today and in the near future, it may be possible to use a different technology like the new cooler tech to power an array of electronics and serve a much larger refrigeration unit in the home.

Since refrigerators tend to be one of the most energy-intensive appliances found in most people’s homes, this will surely be a welcome development for many Americans.