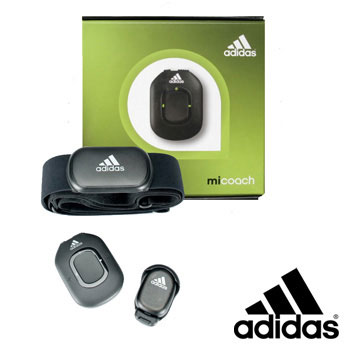 Fitness in the 21st century is becoming more and more enmeshed with technology. The Apple – Nike partnership was one example of this intertwining of sports, fitness and technology. Adidas is also taking this step towards the fitness-technology interface with the introduction of the miCoach Speed Cell Tracking system.

The miCoach system is comprised of a special sensor that can be fitted on to the outsole of any compatible Adidas shoes. The system will then be able to track up to seven hours’ worth of athletic statistics. The Adidas miCoach will be able to measure the following – average speed, maximum speed, the amount of sprints made, the distance covered during high intensity work, the steps and the strides made during the recording period. The data is wirelessly sent to the user’s smartphone, tablet or computer. The data gathered will help athletes and coaches identify any problems or weaknesses in the athlete’s performance and allow for changes so that the athlete will improve.

The Adidas miCoach will be made available starting December 1. Adidas will also release a number of compatible shoes very soon. There are also sports specific apps that will be released so that athletes in particular sports will get more specialized data results.