For as popular as crime scene dramas are on TV, much of that popularity comes from the gadget and gizmos that they use to plug up the plot holes. And for the sake of interest, many of the plot lines, as well as the techniques that they use to catch the bad guys, are grounded in solid reality.

So, before you watch your next episode of CSI, read through just a few brief descriptions of some crime solving gadgets and technology that are truly real, including clean-up kits, robotic cameras, tablets and smartphones, drones, and GPS darts.

Though they aren’t necessarily part of the active solving of many crimes, nearly every scene in real-life and on TV has a clean-up crew for the accidents. If you read up on crime scene clean up, it’s actually a fascinating industry with a lot of technology and experience behind it. Without the proper procedures and gear, evidence could be lost in the first place, or the scene itself would never be totally cleared out of the smells, parts, and pieces that come with real-life crimes. 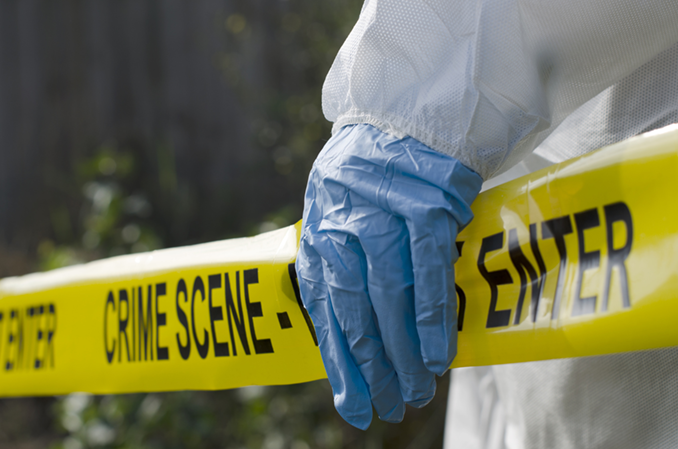 There are a million reasons to use robotic cameras to solve crimes these days. Everything from surveillance to physical size restrictions to legal ramifications are going to be within the realm of the robot cameras, as well as many times for the safety of the teams involved. With all of the scares from bombs or other threats, having a robot be the eyes and ears of a team seems like a much better idea at this point, don’t you think?

And believe it or not, police use tablets and smartphones now much more than you would think, simply because of how much power and mobility they have. With access to the internet, and access to databases, and the ability to control and maneuver certain things just because you have the device, police are much better at getting info and acting on it quickly in their everyday jobs.

And one of the things that can be controlled by various mobile devices is a drone. And the types, variations, sizes, and capabilities of drones these days is absolutely amazing. Some are larger and have longer battery life and fantastic cameras, whereas other are tiny and barely noticeable.

GPS darts are a relatively new gadget that police can use to track a vehicle without having to pursue at high speeds and up close. If you read about GPS darts, you’ll see that they get fired in a special way that sticks them to the target’s vehicle, which can then be tracked electronically.