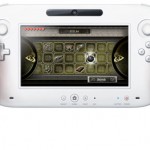 The Electronic Entertainment Expo is much anticipated not only by gaming industry professionals and gamers, it is also a haven for the gadget fans who can drool over the latest electronic gaming gadgets and equipment that are usually previewed in this event. In terms of gadget surprises, Nintendo has captured the attention of E3 followers worldwide for the second year in a row. Last year they announced the Nintendo 3DS and this year the announcement of the successor to the hugely popular Nintendo Wii has everyone talking.

The new console, called Nintendo Wii U, is Nintendo’s official foray into the world of high definition. The new console will be equipped with an HDMI port and can produce images in resolutions up to 1080p.

In terms of graphics power, Nintendo showed a number of demos during the Nintendo E3 2011 press conference, most notably the Zelda demo, and it has wowed the audience enough. This proves that the graphics has enough crack and sparkle to impress even the jaded gamers. Nintendo’s announcement of cross-platform titles also prove that the Wii U can at least fight it out with the PS3 and the 360 in terms of graphics. The new console will be using the same IBM processor that was used for IBM’s Watson supercomputer.

But more than the graphics, it is the Wii U’s new controller that is the center of this interest. The new controller sports a 6.2 inch wide screen touchscreen. The wireless controller will have two analog sticks, L and R, ZL and ZL triggers and the familiar Nintendo button configuration. It will also have a rumble feature, a camera, and will also contain a gyroscope and accelerometer. It’s a beast of a controller.

The Wii U controller will act as a secondary screen to the console adding an extra level of play to various games. It also acts as a monitor. So, for example, if someone wants to watch TV, you can stream your game to the controller and continue your game from there. It’s a very nifty solution and one that is going to contribute to lesser fights for the TV remote. Just for this, Nintendo deserves a pat on the back.