There’s no denying that the smartphone has become a very useful tool for many people today. Apart from individuals who use the gadget in their daily lives, organizations are also recognizing the importance of these smartphones.

In the field of law enforcement, technology plays a vital part. The mobile phone, for one, has proven its usefulness in terms of finding stolen items and tracking down criminals. 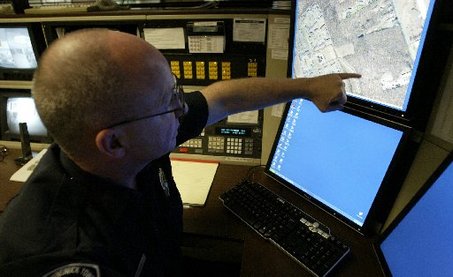 Smartphones these days are equipped with advanced technology that enable the owner to keep track of where it might be in the event the device gets lost. For instance, the owner can link his or her Google account to the smartphone so that when someone else gets it and takes photos using the device, the owner will be able to find out. This is what happened to one smartphone owner in Orlando, Florida.

One tourist left her camera on a shuttle bus and the driver who found it apparently took selfie shots using the device. When the tourist checked her Google account connected to her camera she saw the photos the driver took using her gadget and this prompted her to immediately report to the police.

In another instance, law enforcers were able to track down a man attempting to end his life. With the use of an app called Find My I-Phone, the police successfully tracked down the man who was hiding in the woods. When the police arrived, the man was already bleeding from self-inflicted injuries.

In cases of vehicles that get stolen, police can monitor the vehicle in the event the victim’s mobile phone is left inside. With a tracking device that utilizes GPS technology such as the smartphone or a stand-alone GPS unit installed in the vehicle, the owner and police enforcers will be able to trace the vehicle and eventually find the criminals.

This particular gadget can fit in a suitcase and works by imitating a cellphone tower and tricking a phone to connect to it using its own antenna. When the phone is switched on, police officers can track a cellphone without the need to ask for a warrant from a service or provider.

Police officers these days are also using the tablet notably the iPad in documenting crime details, filing accident and incident reports, looking up photos of suspects and in tracking crime scenes via an app. In Tennessee, the Jefferson City police department bought 20 iPads in late 2010 for its 19 officers.

The main advantage of an iPad is its portability which means police officers can still do their work while on the streets. They save time in making reports and they need not go back to the office every time to their work on a computer.

Police, however, cautioned victims of criminal acts against handling the situation on their own. They strongly recommended to call law enforcers right away to avoid any injuries.

For his part, Daniel Perlman a prominent attorney in the Phoenix area said that people should also not hesitate to consult a lawyer right away in case they become victims of a crime whether it is just a minor or major one.