Probably one of the most ingenius commercial products to hit the market since Tivo, the Slingbox has found itself on the wishlist of every gadgeteer and traveling salesman on the planet. The ability to catch your local sports teams (on local cable) halfway across the planet is unbeatable.

The coolest cool things in tech:

We think they’re jumping the gun a bit, but Newsweek is running a story on how Nintendo is primed for a comeback with the Wii. Their main argument of course boils down to the e3 response coupled with an attractive price point. Oh, and while we’re on the subject of video games, there is more evidence that gaming is good for children. Told you so mom!

Hey, good news for all you WiFi anywhere freaks. M2Z Networks, fronted by former FCC official John Muleta, is looking to provide free WiFi across the USA. Ad supported of course. Now the fun will be seeing who can win the race and roll out free WiFi first. My bet is on Google…. Speaking of WiFi, looks like the geeks at IEEE can’t make their minds up about Wireless N standards. Sure, we’ve got the N draft models coming out already from Linksys, et al. But true Mimo Meshing will need to wait a while.

So, can’t make up your mind between Mac, Linux and MSoft? Why not buy a MacBook and use all three. While you’re at the software modifications game, why not try your hand at some DS Lite Brew. MmmmmMmmmmGooood!

Update: TechCrunch has an informative write-up on our current options for downloading TV shows off the internet. Neil Kjeldsen covers the current offerings from the major networks, the major platforms (iTunes, etc.) and the possible contenders. He also offers some speculation on how overlooked shows might benefit from internet distribution. 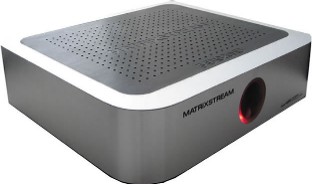 OK, that didn’t sound like a name for the next pandemic scare, right? Of course, HD IPTV stands for High Definition Internet-Protocol Television. Check out the MatrixStream high-def IPTV set-top box:

The STB also allows users to view HDTV and DVD videos right from their IP network. Simply plug in the STB to the IP network and home theater system, and the full functionality of Video-On-Demand is ready to access.

MatrixStream was an exhibitor at CES 2006, where they said the set-top-boxes will be available for sale by end of first quarter 2006.

Does this spell the demise of TV and Cable as we know it? I mean it’s high-def and it’s on-demand!