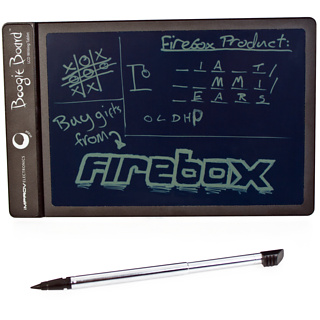 The advent of touch screens – as seen before in PDAs and now with tablets and smartphones – has made one thing apparent. It’s cool to write on these devices and it really has the potential to bring about the paperless environment some tech visionaries have been talking about. END_OF_DOCUMENT_TOKEN_TO_BE_REPLACED

END_OF_DOCUMENT_TOKEN_TO_BE_REPLACED

So my wife and I promised each other not to go out on Black Friday. We didn’t.

So, on Saturday morning, we got our morning Ads (where we live, the newspaper delivers ads separate from the paper…wierd, I know). Those ads told me that I could finance my big screen TV at 0% interest for 18 months. That sounded tasty. Uh? Sounded tasty? You get the point.

Back when I first started my HDTV pursuit, I was committed to getting a 50 incher or better. This, in turn, convinced me that I would be getting a DLP. But to be honest, I just haven’t been very impressed with the DLP picture. Looks too grainy to me, even on the 1080p models. Plus, quick motion (the sort of motion I expect my Wii to have), didn’t look to hot.

Next, I got stuck on LCD because of a beautiful 40 inch Samsung 1080p I saw at BestBuy. Just absolutely shocking. Stunning. Aesthetic perfection. It was with this model in mind that we went out to compare prices around the various big box retailers. Suffice it to say, they were all sold out. December 5th the earliest delivery date.

But that didn’t work. You see, my wife and I had spent the last 3 hours carefully picking our favorite, most cost effective TV. We were ready to spend the cash. But no. We were supposed to go home empty?

Not us! My wife and I are fairly compulsive buyers. And we were determined to come home with an HDTV. So next, we decided on a 42 inch Samsung Plasma. Plasmas really do have the best picture and they are the best for video games. But they are also ultra sensitive and ultra heavy. We didn’t know that. So when we went to check out, they asked us if we wanted to pay the $85 delivery charge. Of course not. We wanted to go straight home and watch this sucker.

Well, then they told us that Plasmas can’t lay down on their sides. Too bad, because the 42 inch model wouldn’t fit into our SUV standing upright.

Blah! This really sucked. We were getting depressed and were about to call it quits, when we decided, once again, to go the LCD route. Well, we opted for a downgrade from the 40 inch 1080p Samsung to a 40 inch 720p Samsung. This time it was in stock. So we bought it.

Here are some things I learned in this crazy process: