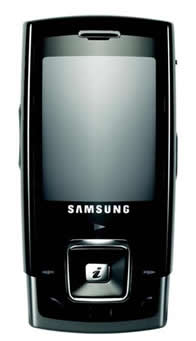 Due to the myriad of new Samsung products being shown of at CeBIT 2006, I have been unable to decide which ones to review and which ones to banish to my basement. However, I have trudged through the multitude of entrants and picked up on a few, one of which is the new SGH-E900.

Based on the D870, the E900 measures in at 93 x 45 x 16.5mm, slightly shorter and thicker than its predecessor, however they both weigh 93g. The E900 is GSM Tri-band efficient, with EDGE and GPRS capabilities.

Equipped with a 2mega-pixel camera, and a 2â€? 262k QVGA TFT display to operate it with, the slider phone is able to read WMA/MP3/AAC/MPEG-4/H.263, as well as TV-output, and a Microsoft Office/PDF/JPG/TXT viewer.

Samsung has included 80MB of internal memory, as well as providing extendibility through the microSD slot. The E900 is also capable of Bluetooth and USB data transfer. 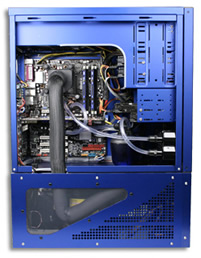 On display at CeBIT 2006, is one of the fastest commercially built computers available; the monster is created by Asetek, Kingston and Western Digital, and runs at
5.46 GHz.

The alliance between the three large tech companies, allows for an exciting combination of memory, hard disk, and cooling systems to run seamlessly at such high performance.