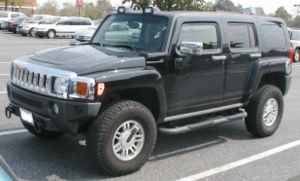 You’ve read it, heard it, watched it in the marketing materials before. SUVs being marketed as having car-like rides. Now why would manufacturers and dealers make a big thing out of this? It’s because your usual sedan would likely to have a more comfortable ride than a large gas-guzzling SUV!

The principles are quite basic. Cars are low-riders, and most have independent suspension usually less stiff than bigger automobiles. Majority of sedans are also built with a unibody or monocoque. This means that the entire frame of the car is part of the structural support–so stress is distributed throughout the body. Because of the low ground clearance, cars have low centers of gravity.

SUVs, meanwhile, have high ground clearance. These are also rear-wheel drive (or 4-wheel drive) so the rear wheels are connected via a live axle, and would sometimes use stiff leaf-spring suspensions. Suspensions usually also have long travel, so as to accommodate a heavier weight. Most large and pickup trucks also use a body-on-frame construction, and this might add to the vibrations felt by passengers. SUVs also commonly have upgright seating positions, and some passengers might not be so used to such a position while traveling.

One other important thing is that SUVs have high centers of gravity. So aside from being more prone to rolling over, passengers would usually feel more sway.

This is one good reason that I prefer to drive my own ten-year old compact sedan to, say, my dad’s brand new utility vehicle–I’m quite sensitive to swaying, especially in sharp turns. There are other reasons, too, like the steering wheel’s position and size, the seat being upright, and even the feel of the stick-shift and the clutch pedal!

Of course, this is subjective. Some would prefer that feeling of safety and grandiose, being perched high up on their SUV seats. But then some would prefer the feeling of comfort even after a long drive. Personally, I just want to make it out of any drive with my back painless and intact!

Also, SUVs have gone a long way from the monster-big gas guzzling models that were popular in the 1990s. Today’s more popular SUVs are the smaller SUVs and crossover SUVs (or XUVs), which usually offer a more comfortable ride than their bigger brethren. Remember that utility vehicles are made primarily for just that–utility! It was only during the SUV rush in the USA that families traded their station wagons and vans for behemoth SUVs, even if they rarely, if ever, use their vehicles for what they were made for–off roading.

So when you’re choosing a vehicle to buy, it does pay to test drive and compare. I guess it’s safe to say you should not only check out the specs, but also whether the feel of a car is just right for you.