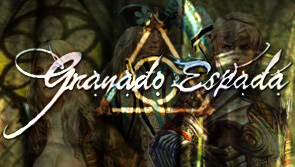 Several days ago, a peculiar sound echoed and boomed throughout the gaming world. It was the sound of thousands of fanboys (and fangirls) screaming in a joyous unison: “Yesssssssssssssssss!”

Yes, the long-awaited (it took nine years!) sequel to StarCraft is almost here, and it’s looking very, very good. By this time the delirious, hysterical glee has been replaced by anticipation so intense you could cut it with a knife. After making rabid fans wait and hope that long, hell yeah, it’s about time.

To be honest, I wasn’t surprised when the announcement came out; apparently I’m not the only one. There have been all sorts of obscure hints coming from Blizzard over the past few months. My lack of surprise doesn’t detract from my excitement, though; the funny thing is, the more I think about it and watch SCII videos, the more the actual reality — SCII OMGZZZ! — sinks in, and the happier I get.

The burning question now is: is SCII worth the wait, or is it just StarCraft given a facelift? Can we expect anything new gameplay-wise, or should we prepare ourselves for the same old same old “who has the bigger army wins?”

Thankfully, the answer so far is a resounding no. Here are a few interesting points of speculation, given the gameplay vids. If you haven’t watched them yet, go watch them! –Then come back and let’s discuss the new things Blizzard showcased in the videos.

Improved terrain. Just about every SC player is familiar with various uses of terrain, one of the most popular being entrenched siege tanks on higher ground versus infantry. With SCII though, terrain takes on a whole new dimension with more complicated maps and units that have different responses to terrain. You have the Protoss Colossus, which can step over cliffs (but has virtually no anti-air capabilities), you have the Blink ability of Dark Stalkers and the jetpacks of Terran Reapers. Land units are no longer limited to taking the “long way around,” and that opens up a lot of possibilities for players.

More means of transportation. The Zerg have had Nydus Canals since the first version, but now the Protoss have Phase Prisms as well, which are sort of like movable Pylons with the Recall (Arbiter) ability. This makes transporting units and fielding reinforcements much faster. I’m guessing the other races will have a counterpart, or at least a counter-strategy, to that as well, which makes clashes in space much more dynamic.

New vulnerabilities and strengths. It appears to me that the folks at Blizzard have decided to make things a little more complicated (and therefore more fun) by giving units special strengths and weaknesses that the savvy player can exploit. It’s a little more integrated into the system than the usual match-ups between unit classes, since the distinctions (like heavy fire vs light arms fire) are clearer this time around. The obvious example would be Protoss Immortals beating Terran Siege Tanks, but in turn being beaten by Terran infantry.

In this scenario, a large army can be beaten by a small group of units — if they are the right units, and if they use their skills right. Strategy and second-guessing the enemy becomes even more important in this case.

In addition, the three races become even more differentiated from each other. The Zerg look (and behave) more insect-like than ever, for instance.

More unit special abilities and skills. Units get either auto-activate abilities (e.g. Protoss Zealots) or active skills that the player has to control (like the Protoss Phoenix’s Overload, for instance). Of course this was present in the old version, but just about every unit now has a special skill or ability, and as for how the skills have been upgraded… One word: MOTHERSHIP. 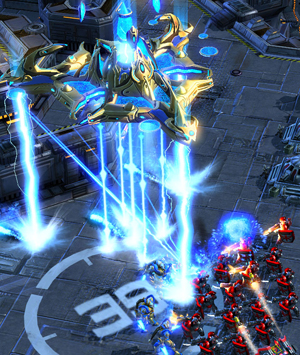 I’m sure there are a lot more changes forthcoming, and SC fans will have much more to discuss (and dream about, and drool over) as Blizzard releases more information about SCII. For now, I’m off to go watch the videos (again) and review the Protoss unit writeups on Blizzard’s site.

Excited much? But then consider that SC’s one of a kind: it’s still played, competitively even (and to an audience of incredibly hyped-up crowds at that), almost ten years after it first came out.

At the risk of sounding like an irrational fangirl: it’s StarCraft. ‘Nuff said.

In gaming parlance, the acronyms gg stands for “good game,” but it can mean so many other things. Gadget geek? Good going? Girl Genius? Whatever the usage, it’s a term that’s here to stay as one of the staples of a gamer’s vocabulary, spawning other words such as gg’ed, ggified, gfg, etc.

I’m a “girl gamer” type of gg myself, and since this is an intro post, let me tell you about the many acronyms that occupy my life. I’m a college student who tries to dabble in fields ranging from music to physics to art, but for some strange reason I spend most of my time gaming. I practically live at a certain computer gaming shop: if I’m not at home or in class, you can probably find me there.

Among my (far too many) games, DotA, aka Defense of the Ancients, stands out as the most addictive. Technically it’s not even a game — it’s a custom map for Warcraft III: Frozen Throne — but it has spawned a larger cult following, more tournaments, and more hours spent in obsessive play than a lot of other games out there.

DotA isn’t very complicated, and you can actually learn it in a few hours. But what with the teamwork aspect (your team of five versus another team of five), the variety of characters to choose from, the different combinations of heroes and skills in a team, the items and their effects… the possibilities are endless. What more, it’s fun! My friends and I have spent many exciting (not to mention noisy) hours playing all sorts of DotA matches, screaming all the while: “KILL HIM OMG I DON’T WANT TO DIE!”

I asked a few friends what they thought of DotA and the answers were mostly the same:

me: survey: what is dota for you?
friend2: DOTA is life -mond
me: LOL
me: why do you all say the same things
friend2: haha
friend2: because it is life

They weren’t totally serious, of course. Like all games, DotA is played (mostly) for fun and as a stress reliever. It’s the game where I first started using “gg” very often — both nicely and, well, not so nicely.

As a parting shot (link?) I’d like to point you to a funny post about DotA and what it really stands for. It’s not fully in English, but don’t worry; you don’t have to be fluent in Tagalog to understand the humor.