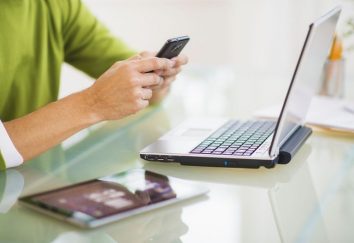 Mobile phones have done an incomparable amount of good for the world since they’ve been around, but they’ve also contributed some problems. While it’s cool that there is an app for whatever it is you want to do, and you can use the internet at the touch of a button to do homework, to learn a new skill, or to entertain yourself, that same capability makes it so that your bad habits are easier to fall into and much harder to break.

Don’t think you have bad habits? Well, you’re probably wrong. But just in case you’re not convinced, here are 3 ways your phone is enabling bad habits:

You Use It At Work

If you have the kind of job where it’s okay for you to kill time on your phone, that’s cool, but when you think about it, your phone stops you from being as productive as you could be. While you’re at work, your boss is probably wanting you to focus on work related things instead of spending valuable time checking facebook.

In fact, your boss just might have hired somebody to monitor your work ethic. If they don’t like what they see, they might give you a second chance, but they also might not. So, in the end, it’s better to just put the phone away while at work and break that habit from the beginning.

Besides the fact that your face is in your palm for the majority of the day, phones also cause bad habits because you spend all of your time texting people and you don’t really talk face to face with people anymore. People are now nervous to interact with others because they’ve grown so accustomed to talking through a medium that doesn’t require them to have to think on the spot or problem solve. Phones aren’t bad, but get out and have some face to face interaction every once in awhile!

Maybe the above headline isn’t a correct sentence, but because of your phone and autocorrect and text abbreviations, nobody knows grammar anymore. Creating a complete sentence becomes harder and harder the more time you spend in the mobile universe. Do yourself a favor, download a dictionary app, and start using full sentences. People will respect you for it and when you use the correct version of your and you’re, and there, their, and they’re, you might actually get a date.

So in the end, yes, mobile phones are awesome, and we can’t live without them, but figure out what bad habits yours is instilling in you and figure out a way to kick those to the curb before you can’t stop the habits at all.