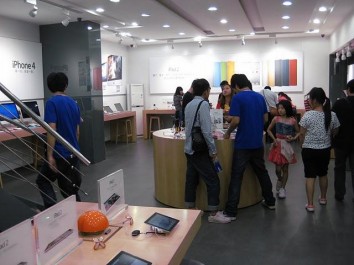 Every single person who claims to love gadgets know that most of the products they love are actually manufactured or assembled in China. And it’s not really surprising considering that companies save a lot of money if they transfer manufacturing in a country that has cheap labor. One other thing that China has become famous for is the proliferation of counterfeit and fake products. Most bootleggers and manufacturers of fake products are based in China so it has become a hub for knock-off items.

China’s reputation for being the center of operations for fake products is already widespread. It’s something that we’ve come to acknowledge as part of the status quo and have learned to live with. But a recent news item has taken counterfeiting in China to a completely new direction. Reports have come out that there are stores in Kunming, China that are posing as actual Apple stores. Yes, there are counterfeit stores in China.