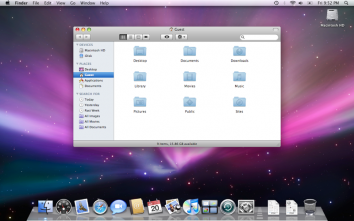 If you can not wait until the release of Snow Leopard end September, you can grab the official Snow Leopard background wallpapers here.